I never had enough chaos players in second edition to have a team. Back in second edition a Chaos human team was pretty much a normal human team with 2 mutants with random numbers of mutations and random mutations. I only have the star players from the random star player packs. These three guys are from left to right Wormhowl Greyscar, Duke Luther Von Hawkfire, and Galmen Goreblade. I really like the Wormhowl model. 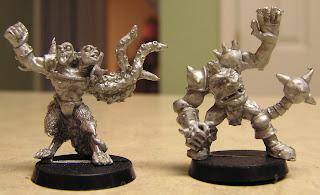 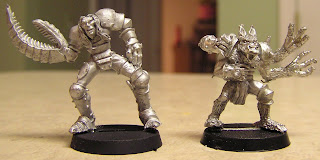 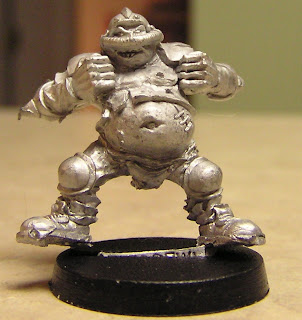 Here is the one Nurgle Aligned Star Player:Bilerot Vomitflesh. Who are these people parents to name them such things.

I might have some spare 2nd Edition Blood Bowl Chaos Star Players for sale in my Bargain Bin.
Posted by eriochrome at 7:28 PM