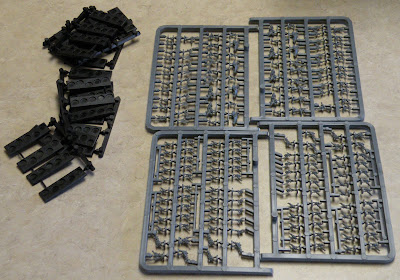 Here is the contents of the current Games Workshop Epic Armageddon Eldar Warhost. You get 2 copies of the same sprue which they have to cut in half to get it into the small box. 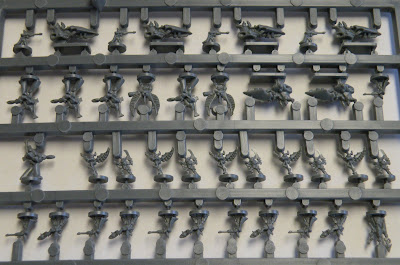 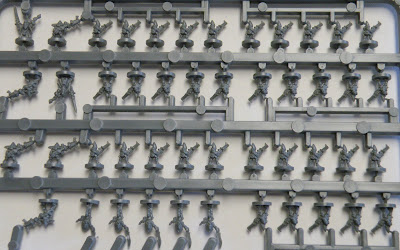 Assuming 5 models per base (which is not a requirement), you get 2 farseer stands (1 farseer and 2 warlocks), 14 guardian stands, 4 Ranger stands, 2 stands of 5 different aspect warriors, 6 stands of 2 jet bikes each and 2 stands of wraithguard. How you build up the force from these will depend on the list you are using since some use different units as warhosts and troupes. 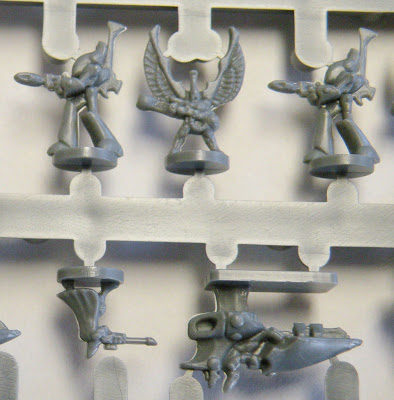 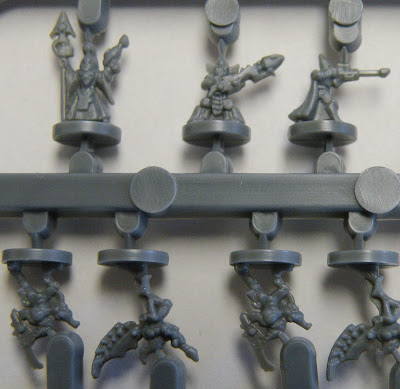 Close up of the howling banshee section of the sprue. 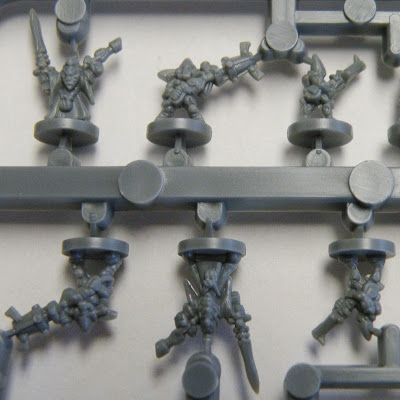 You will not that this box does not come with any avengers or dragons. I am thinking about using my guardians from the Eldar legion as guardians and the guardians in this box as the avengers and dragons based on paint job to tell the difference. Currently GW makes those minis in metal and want 20 dollars for a total of 8 stands compared to the 30 stands here for 20 in plastic. These newer sprue are also missing many other things found on the Epic 40K versions like heavy weapons, vypers, harlies.
Posted by eriochrome at 8:31 AM