Lego Hobbit: Attack of the Wargs 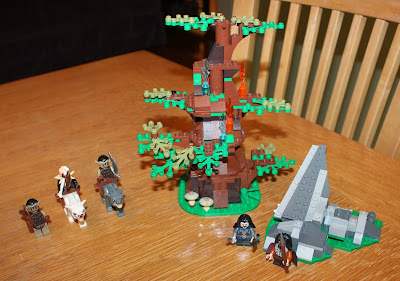 Here we have one of the Lego Hobbit sets released with the first movie, Attack of the Wargs.  It is the scene where the dwarves are chased up the trees by the Azog, his hunter Orcs and Wargs.  You get 5 figs, a big tree, and a small rock outcropping. 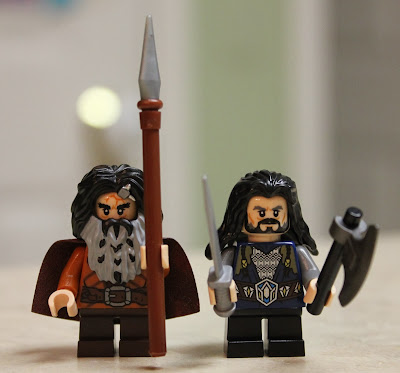 The set comes with 2 dwarves Bifur and Thorin.  Bifur has part of the orc blade embedded in his head.  Thorin does not gave an Oakenshield which would be a cool thing for brick build for him. 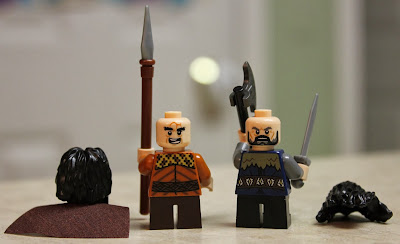 The heads and torsos are double sided.  They did a nice job on the dwarves with each one having unique printing. 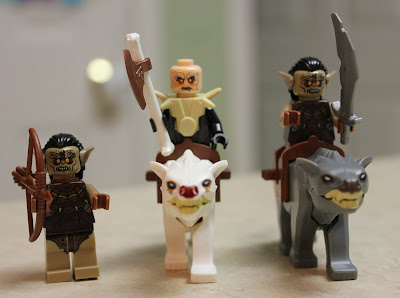 The set also comes with 2 Hunter Orcs, Yazneg, and 2 Wargs.  I believe Yazneg is the Orc who loses track of the dwarves and pays the ultimate price to Azog who is actually in the scene in the movie. 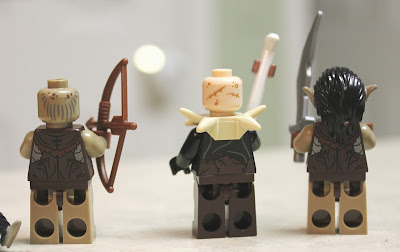 The heads only have faces on one side but they still have design elements on the back of the heads as well as the minifigure torso backs. 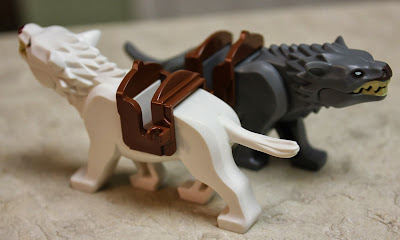 Ofcourse the stars of the show are the Wargs.  They are shorter than the horses but have mouths that open. 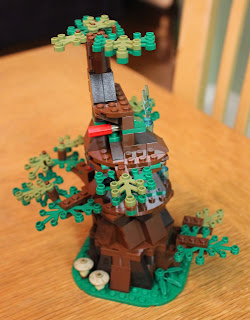 Most of the bricks in the set go into the tree.  I do not know what lego's problem is with trees but of all the things they build they generally do the worst job with larger trees.  The tree can rotate at several points up the trunk. 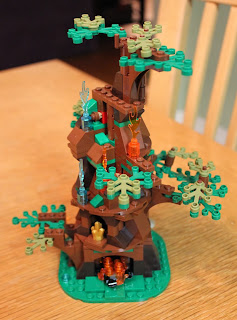 The tree also has flaming parts which are sort of flick fire like to rain down on the attackers.

Now we use the set for some scenic moments. 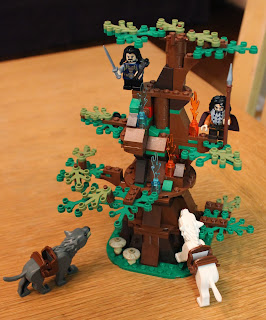 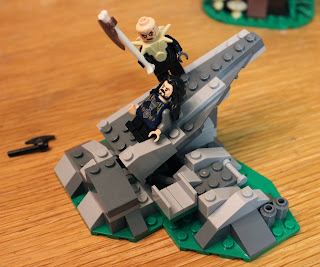 Bring me his head. 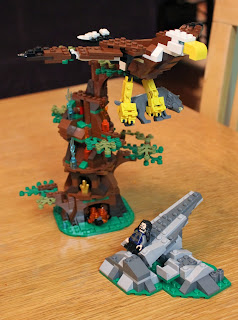 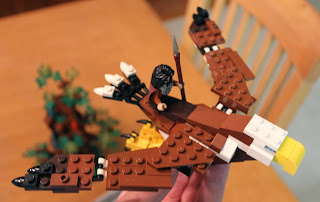 Ride off to Adventure

So that is Attack of the Wargs set with an assist from the Fierce Flyer Creator Set.
Posted by eriochrome at 10:06 AM