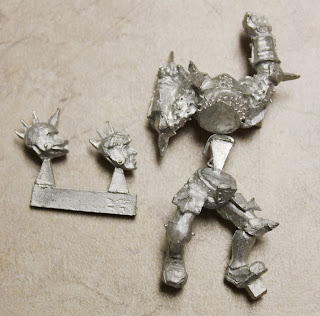 Today another quick look at some blood bowl minis. These are two star players released in about 2003 from the labels on the casting tabs.  These are human scale models that are multiple part which is pretty rare in the blood bowl universe.  First we have the human star player Griff Oberwald.  The model is 3 parts with two choices for the head.  This is the second Griff model, with the first one released with third edition back in the early to mid 90s. 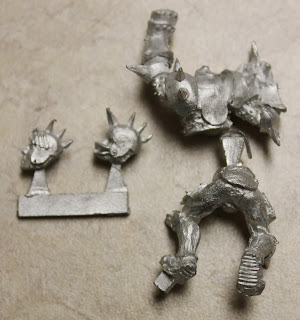 There is a third Griff model released more recently as one of the final Blood Bowl releases before specialist games became only a catalog and now a thing of the past.


The next star player in Jordell Freshbreeze. 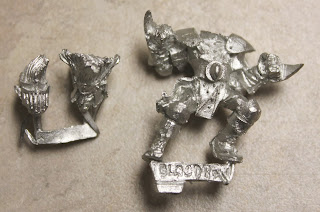 Again this is the second version of this star whose first version is styled like the Blood Bowl Wood Elves.  I have that team but do not think I ever posted them due to a failed painting attempt. 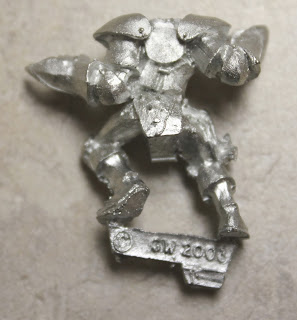 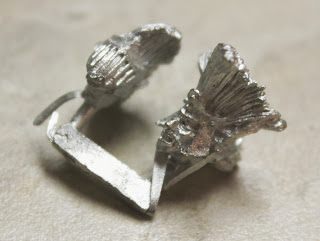 With 2 options for heads.  This was pretty common for this periods star players and does give you some bits to make conversion or pitch embellishment.  Probably go with the face instead of the cage.
Posted by eriochrome at 11:10 AM