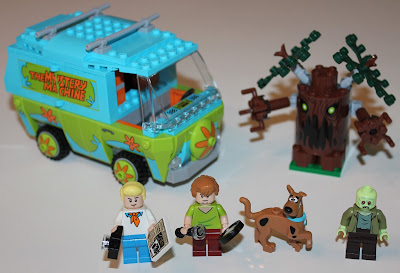 Being a child from before Cartoons had their own channel and we much more limited, I have a strong memory of watching lots of Scooby-Doo.  The show in some form has been off and on the air for almost 50 years now.  Lego released some Scooby-Doo sets last year, and while I resisted a long time I final broke down and got some.  Today I am going to look at the most fundamental set to the collection, The Mystery Machine.  Nothing Scooby-Doo is right without the classic van.  This set comes with Freddie, Shaggy, Scoopy, and a Zombie along with the van and a tree monster.

Minifigures are good if a little basic.  The classic cartoon did not have intricate costumes so  these feel right.  They have proper lego heads with some pretty big hair which is way better than the custom heads in the Simpsons or Disney Minifigure lines.

Slight rear printing on the torsos and two sided heads for the heroes.  Scobby's head turns and the Zombie has buttons on the back showing it is a mask.  Nothing is ever real on Scobby-Doo. 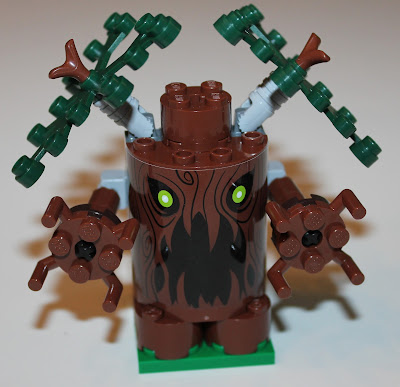 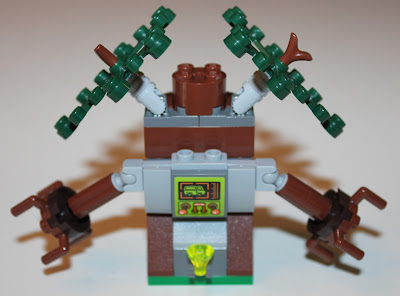 But Look their are electronics on the back controlling it.  Not really an evil swamp spirit just a robot. 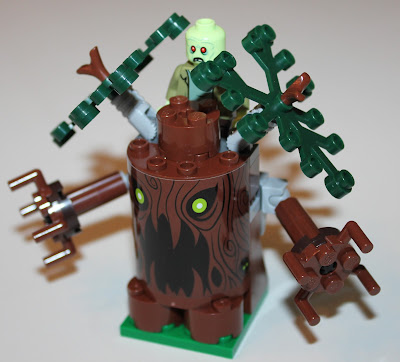 Zombie can hitch a ride on the Tree.  Do not see that every day. 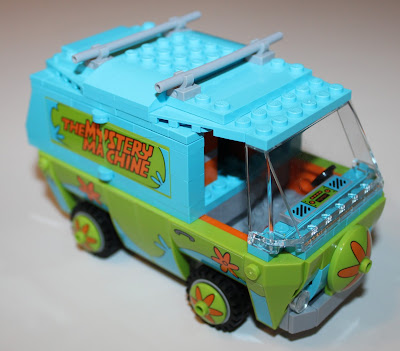 Now the heart of the set, the Mystery Machine.  First things first.  Almost everything is stickers which sucks.  I hate stickers for something like this.  Other than the wheel hubs and spare cover in the front stickers everywhere. 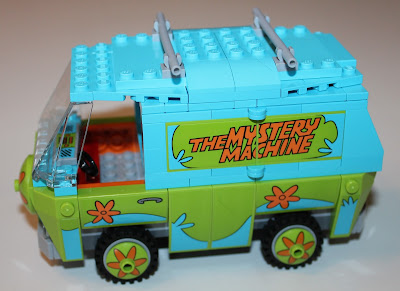 As you can see here I am not the best sticker applier. 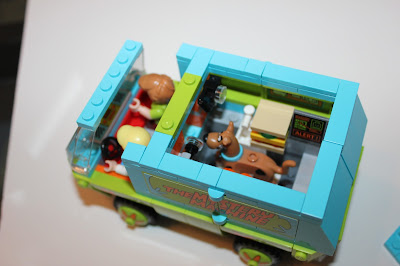 The top comes off allowing two to sit in the front and Scooby in the back. 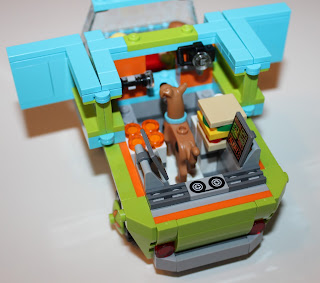 The back opens up to show a work area with computers and an eight track player.  I assume Freddie as stores his monster traps back here. 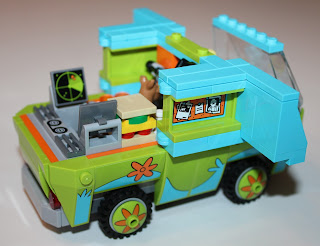 Sandwich and a little kitchen are there also along with case notes pinned up to the sides.  Honestly I like everything about this set except the stickers.  It is a good size van and gets the feel right.  Classic Scooby-Doo fans certain would like one of these on their shelves for display.
Posted by eriochrome at 11:59 AM