By special request for R3con over at MI40K, I have done some size comparison shots for the epic scale dreadnoughts I showed yesterday. Here we have a Conqueror Robot, Contemptor Dreadnought, Space Marine, and Current Style Dreadnought. 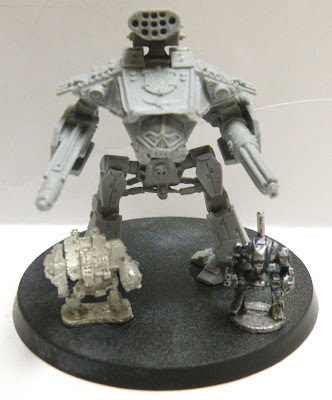 Here are the two dreadnoughts compared to a Forge World Reaver Titan. 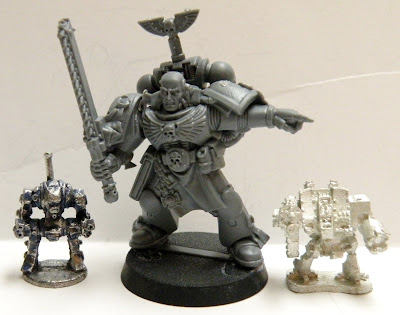 Here are the epic scale dreadnoughts up against a Black Reach Sergeant. They look like toy robots that a kid might have an RC controller to move around. 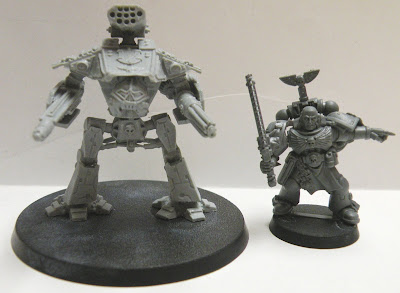 Here is the Forge World Reaver next to the 28 mm marine. This is probably shows off how GW pricing for Epic stuff hurts. That reaver is like 30 dollars and is barely larger than a marine. Ofcourse he also represents like 20 percent of your whole army.
Posted by eriochrome at 8:51 AM