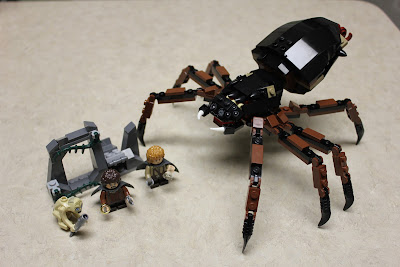 I got the Lego Lord of the Rings Shelob Attacks set last weekend.  I have been wanting this set since it has both Gollum, and Samwise who are not in any of the other Lord of the Rings Sets (Gollum also shows up in one of the new Hobbit sets).  This is a 20 dollar set that is mainly Shelob. 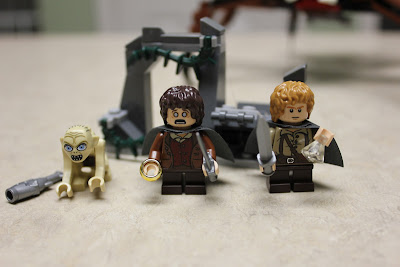 Here are the mini figures.  The hobbits have short fixed legs like kids in the city sets.  Gollum is a custom figure with 2 adjustable arms.  He has a single stud in the center of his back which is sort of weird. 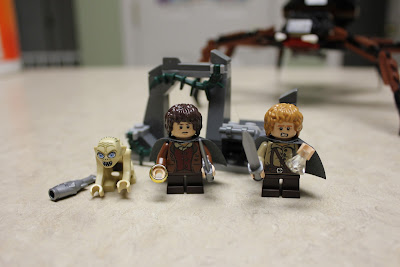 Frodo and Sam have 2 faces. 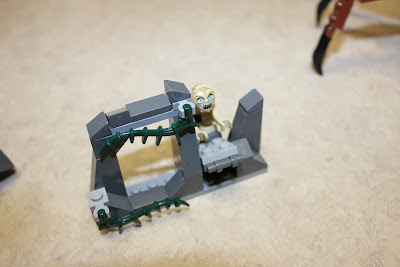 You also get this tiny cave opening which has a Gollum flick launcher.  Pretty minimal.  Hardly even worth putting together. 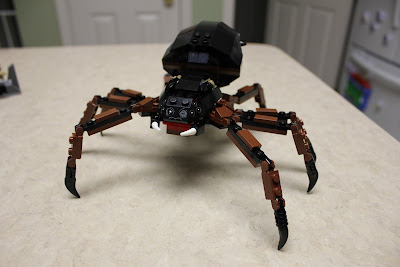 Here is Shelob who is most of the pieces in the set.  I was originally afraid that the legs would have problems holding it up but they work well.  In additional to the articulated legs, the back is also flexible allowing for good positioning. 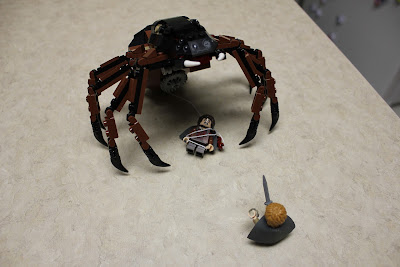 The back also hides a hook and string which you can use to wrap up Frodo or even better: 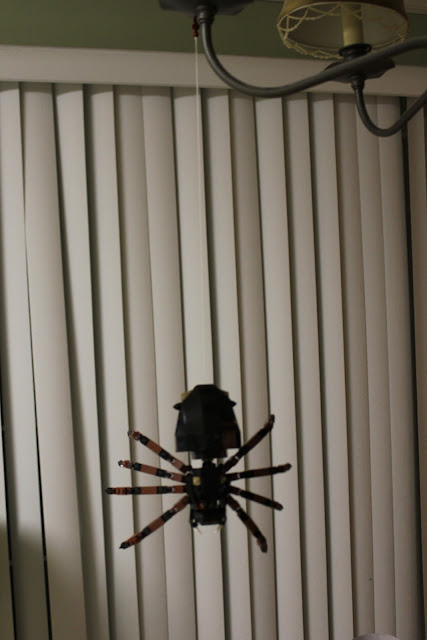 The mechanism is sturdy enough to hold the weight of the model at different lengths allowing for Shelob to hang from things.

I really liked this set.  I think Shelob is about as good of a lego spider toy as I have seen them make.  It looks far better than the Aragog in the Hagrid's Hut set or the smaller spiders in the Mirkwood Forest Hobbit set.  My daughter also really like the spider model.  The one issue is that this set makes Shelob, and that is really all.  The parts are pretty specialized and are not going to be very useful in general.  But if you have in interest in a giant spider, it is great.
Posted by eriochrome at 10:05 PM

Labels: Legos, Lord of the Rings