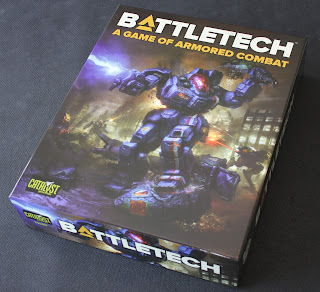 With the Clan Invansion Kickstarter shipping soon people grabbing that box at retail might need some Inner Sphere mechs to curb stomp.  Those can be found in this box along with everything you need to play some classic Battletech in 3025. 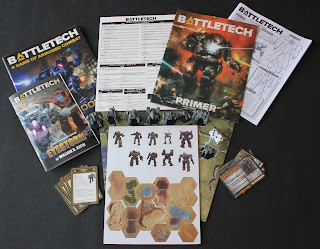 All the contents spread out nicely.  You get 8 mechs, so each side and have a lance with 1 light, 1 medium, 1 heavy, and  1 assault mech. 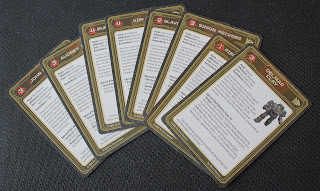 You get 8 mechwarrior cards if you want to not name your own pilots but instead use those provided. 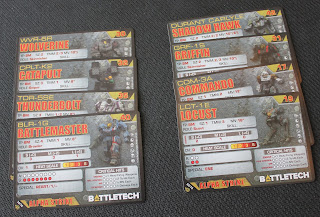 You also get Alpha Strike cards for the more miniature wargame version of Battletech that is Alpha Strike. 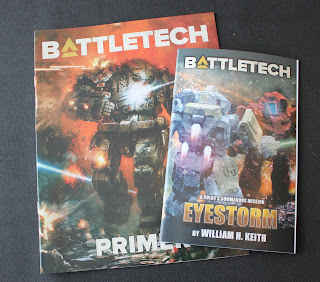 Background materials.  A second short story to go with the one in the beginner's box. 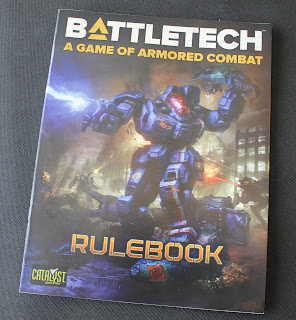 Full rulebook.  Honestly finding differences between these rules and the ones we played with like 30 years ago is not easy.  Partial cover is different. 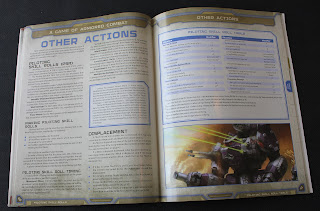 Certainly looks nicer than the second edition book I had back in the day. 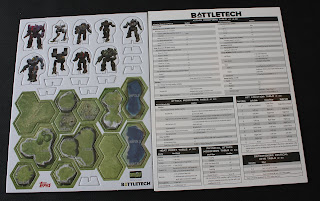 You get 8 stand ups and some tokens for modifying the maps along with the very important reference sheet. 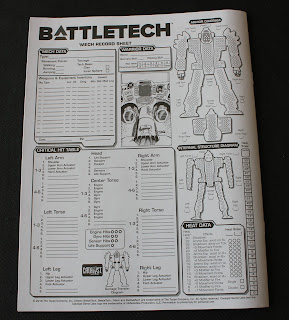 They provide the mech sheets as a booklet but they have a free digital copy available online.  There are like 16 mechs in the book with most of the mechs have 2 variants. 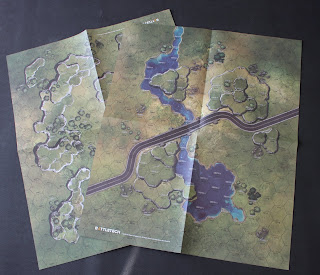 Significantly more complicated maps than the one from the Beginner Box. 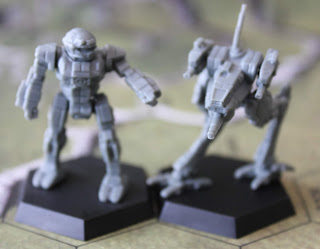 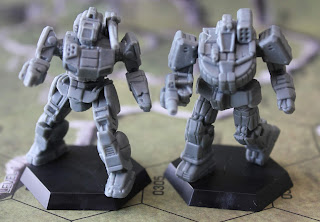 Shadowhawk and Wolverine which also appears in the Beginner box. 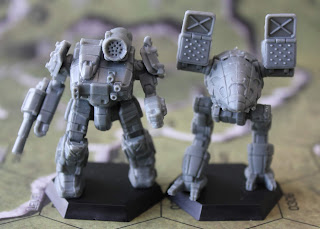 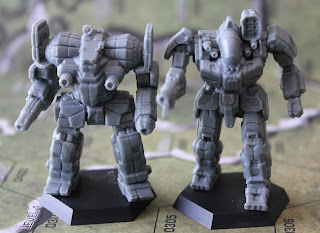 Posted by eriochrome at 9:03 PM