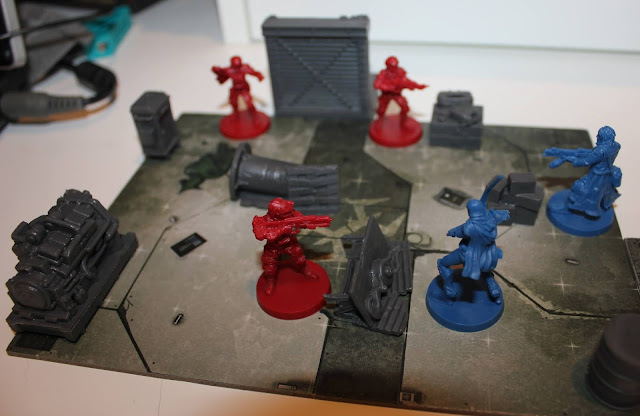 Mantic has now released their Terrain Crate 2 kickstarter to retail.  Most of it is designed around a modern time period but some of it might be useful in other games.  Here I look at how the Abandoned Factory Set scales and looks with Star Saga models.

It pairs pretty nicely with some of the tile sets from the expansions.  The Devil's Betrayal and Blackstar Station sets have tiles that are a little less neat than those found in the core game.

One square sized stuff which might actually have something in it as tables are almost always empty when searched.

These two on the right would likely be fully line of sight blocking. 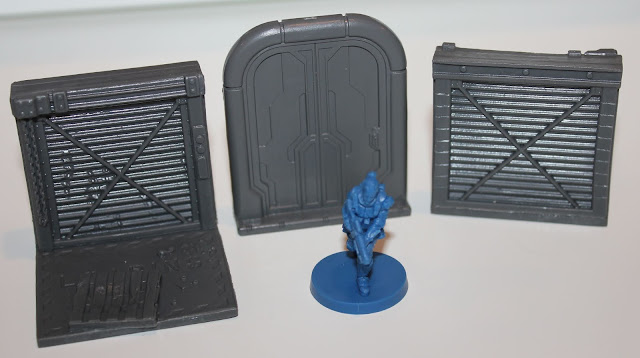 While it was designed for something like Here's Negan, I think this set works with Star Saga also.