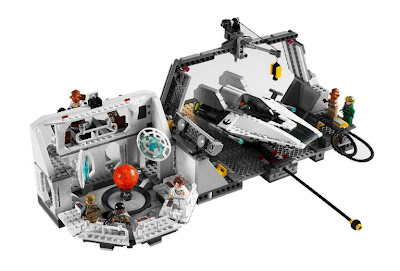 Today we take a look at the Lego Star Wars: Home One Mon Calamari Star Cruiser set. This set is not like the Tantive IV set which is a hybrid scale set capturing the shape of the capital ship but in a smaller scale which has some mini figure play areas. Home One is more of a playscape with 2 small parts of a larger ship. One is the iconic Rebel briefing room from Return of the Jedi and the other is a hanger bay which includes the green A-wing I showed earlier. This set comes with 6 minifigures Mon Mothma, General Lando, General Madine, Admiral Ackbar, A-wing Pilot, Mon Calamari Tech. 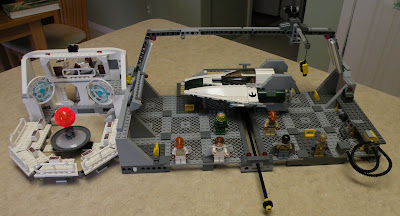 This is how I got my set built. You might notice that mine is bigger than the stock model. When this set went on clearance people bought a bunch and have been parting them out so I bought an extra set minus the minifigs and a-wing for like 30 dollars. This allowed me to expand the set essentially increasing the hanger surface area by 100%. Now lets look at my briefing room first.

Here is the concept art for the briefing room. 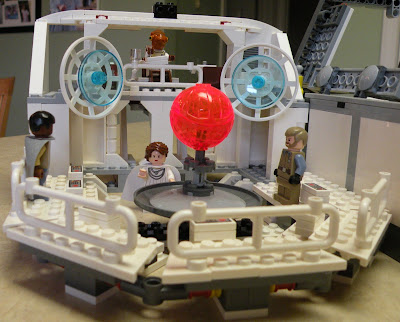 Here is my briefing room. I did not make many changes to this room. I just made the semi circle start farther from the entrance side. 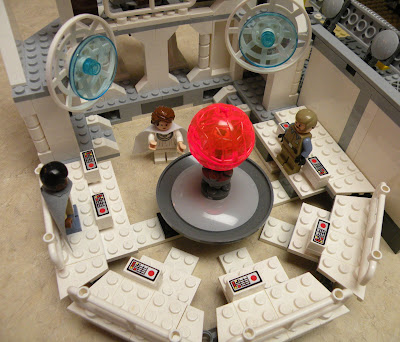 Not a big change just 3 extra studs of stands on both sides. Allows for a little bit more room for the briefing. 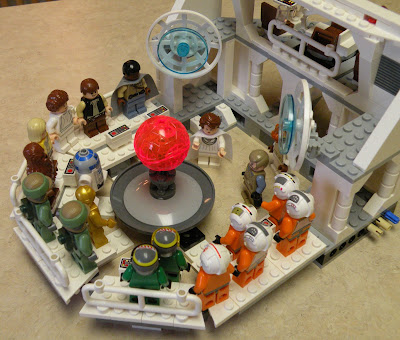 Which I clearly need. I just added 2 new different rebel pilots who could be including in this since the photo was taken. 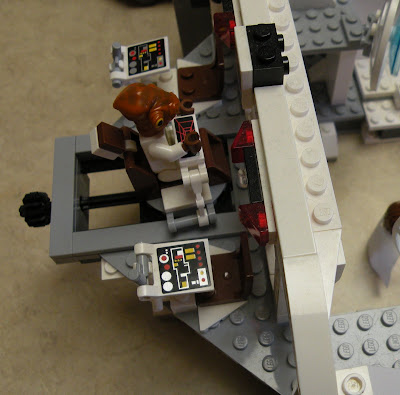 Above the briefing room you get a swivel chair for Admiral Ackbar to direct the fleet. You also get 2 more control seats. I would probably like to rebuild this part also to make the control area more interesting but I have not done so yet. Expanding it would increase my current lego star wars storage problems. 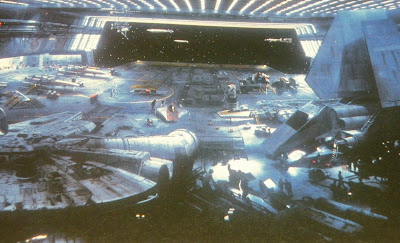 Here is a still of the matte painting plus live action cut-in's for the hanger of the ship with the briefing room. We see the falcon, captured shuttle, and numerous fighters. 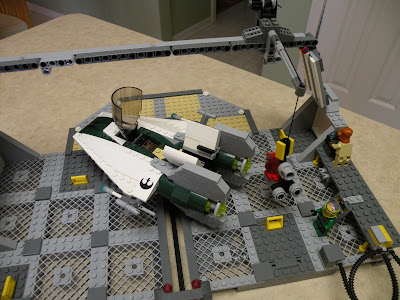 The hanger has crane which can be used to remove the engine of the a-wing and normally 2 storage areas. It also has a refueling line which can connect to the ships. 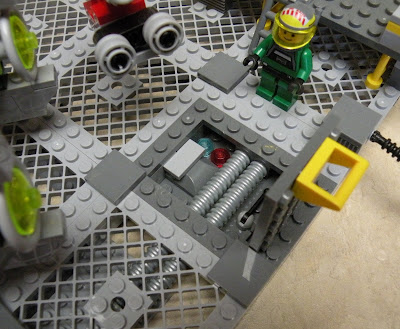 I add a little extra detailing to the other 2 hatches in the deck. These pipes lead to the refueling line and includes a cut off switch. 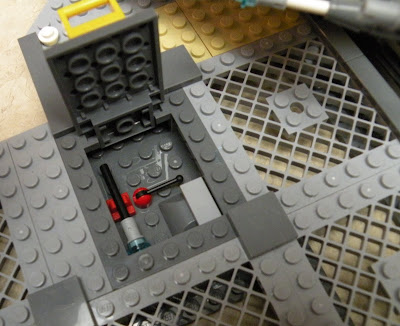 This hatch up near the ship front holds a spare flick fire missile so is the ordnance access. 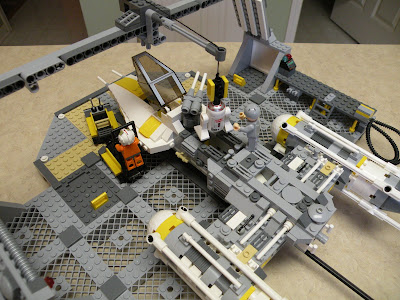 This photo shows why I wanted to increase the size of the hanger. To allow bigger ships. This Y-wing is clearly too long but can still be used for play. I am using the A-Wing crew sled and crew to load the pilot and astromech droid. 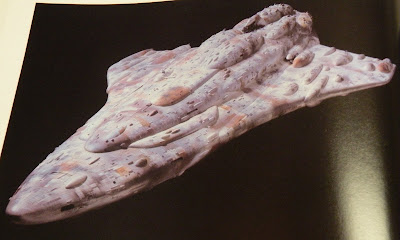 A funny side note. Both the hanger and briefing room were located on the head quarters frigate shown above not the more cigar shaped Mon Calamari Cruiser. So this is what the ship these meeting happened on actually looks like for any serious AFOL who want to MOC it.
Posted by eriochrome at 8:54 AM