Today we take a look at the Games Workshop Blood Bowl 3rd Edition Chaos Dwarves.  This is the team I am using for my current league since they were assembled and mostly painted (came that way from second hand purchase).  That team's name is Black Death since that is one of the Chaos Dwarf Team names from back in the old days.  The 3rd edition team is from GW's silly period like most of the 3rd edition stuff looks funny compared to the 2nd edition stuff or more modern works.  In the 40K world, it is the time between the Rogue Trader and the Grim Dark phases. 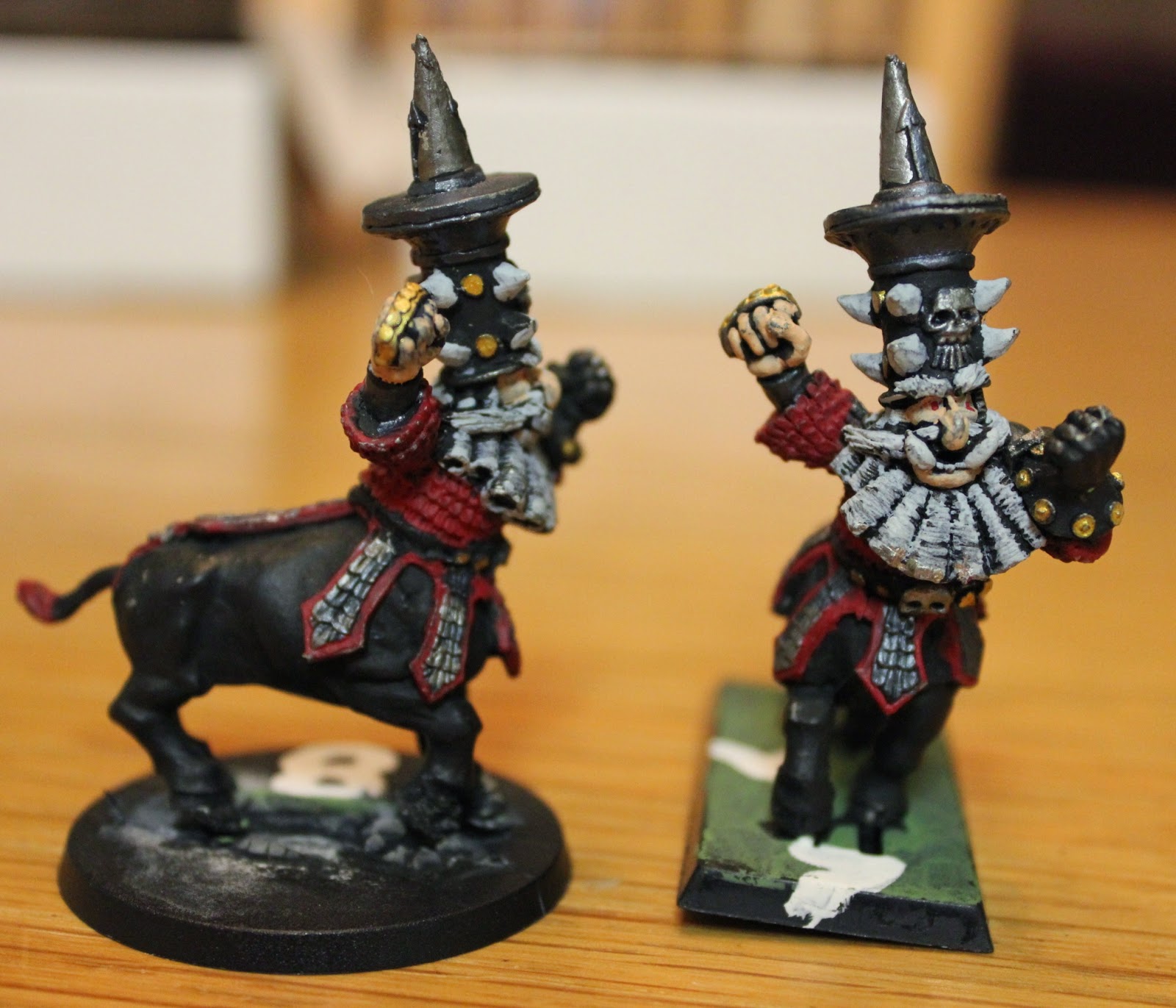 The core of the Chaos Dwarves are their bull centaurs and the team has two painted up and ready to go.  The model is the same for both so no variety since it was taken from the Hthark the Unstoppable Star Player model which I had before getting this team so I have 3 of these guys.  Silly hats are the order of the day for these guys.

There are 4 sculpts for the Chaos Dwarf Blockers.  The team I got had 5 of these guys total so one short of the full roster.  They get not just silly hats but giant noses and mustaches to go with them.

There are also 4 hobgoblin sculpts made.  Of the six total I have,  four are painted and 2 are bare metal which will work out great for them to represent journeymen which I have a bad feeling I will be using a lot this season.  The hobgoblins did not want to be left out in the silly head gear department as you can see from the 2 unpainted ones with strange curved sacks on their heads. 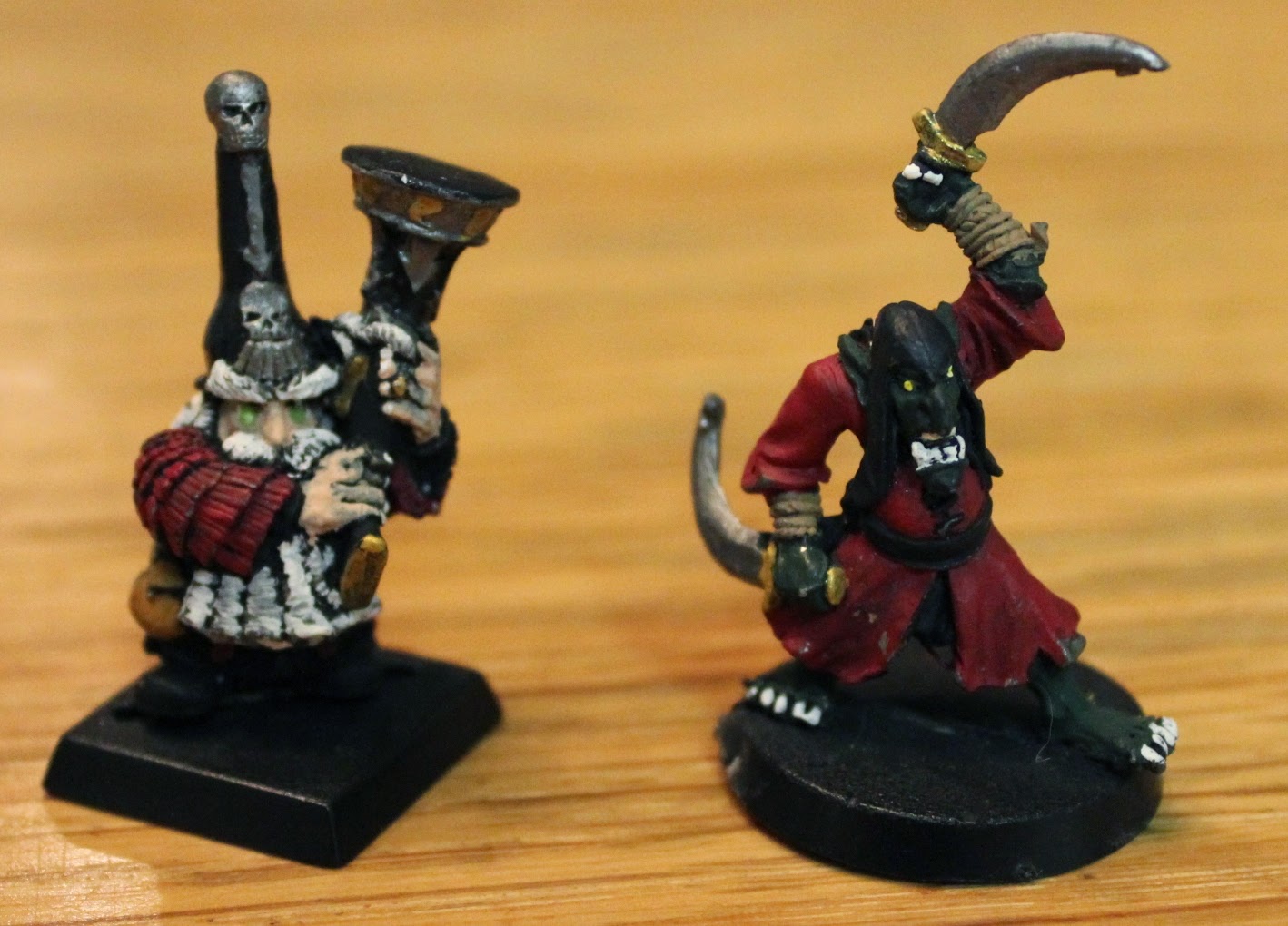 When I picked up the team I also got these pretties who work as star players Zzharg Madeye and Rashnak Backstabber though currently I am using the Madeye as my 6th blocker.  The team when I bought it also came with the Minotaur star player Grashnak Blackhoof and Morg ‘n’ Thorg but those are not going to show up in this post.  My unpainted Grashnak has appeared before here and Morg being available to lots of teams gets his own post.
Posted by eriochrome at 8:48 AM