Filling in more from my blood bowl collection.  Here we have the third edition Blood Bowl goblins.  There are 5 sculpts to build your team from.  I think I got these guys in blister packs and not a team box so have a couple of each of the bare pewter ones but for some reason that left me without the guy on the end who I had to pick up second hand.  The basic goblins are then upgraded to a team with trolls and special weapons. 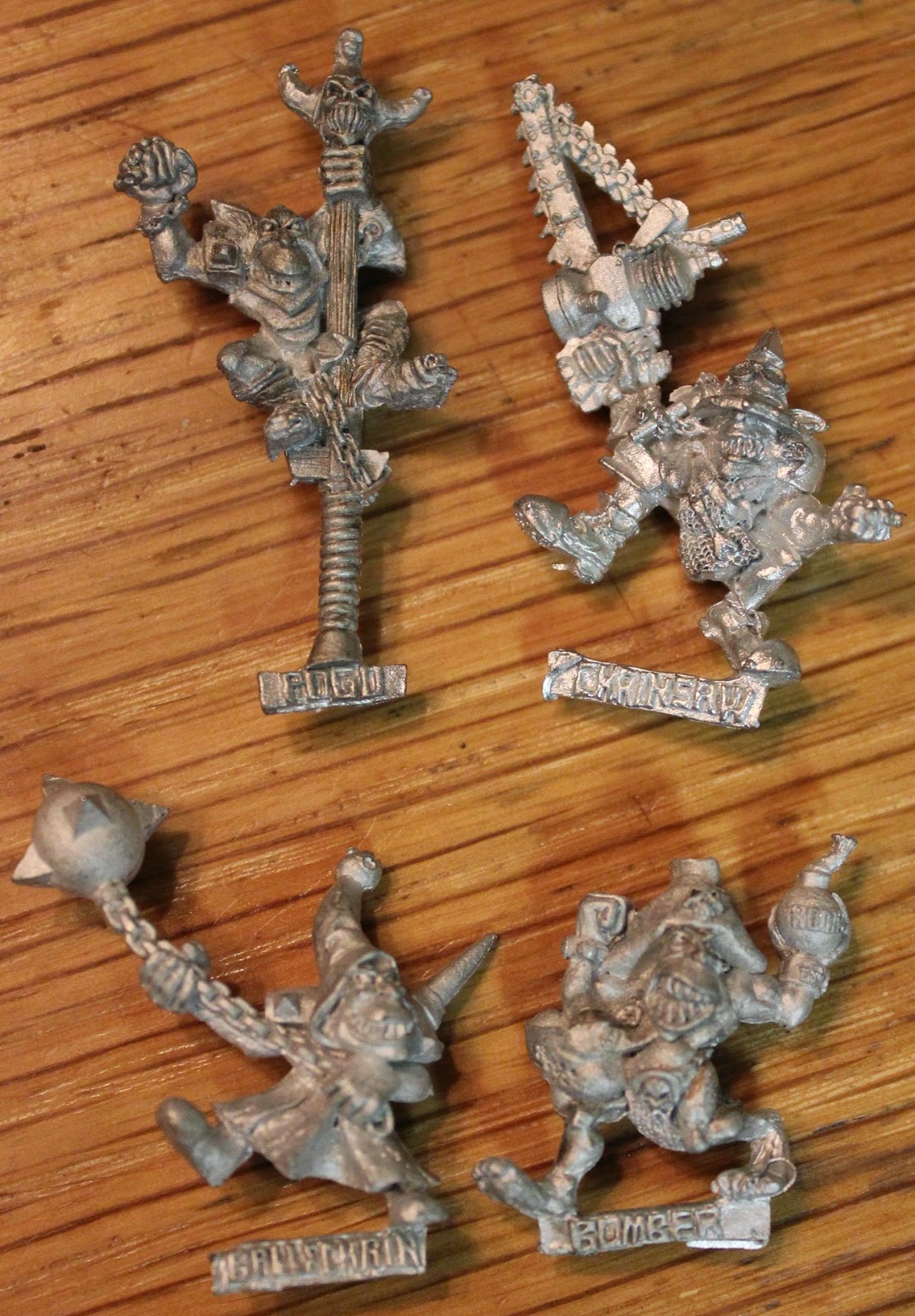 And here are the four special weapons.  Originally these guys where only available as star players but now you can have special weapon miniatures on the team and induce the star players.   Never really played with many of the special weapons.  I seem to recall using a chainsaw once and he was just quickly targeted to be taken down and then he fell on his chainsaw and was no more for that game.

Looking at the rules I would probably have a pogoer and Fanatic on my team since the pogo is not listed as a secret weapon so is available all game, and the fanatic can earn star player points from his hits so might get some advancements.

For Trolls, I have Ripper from 3rd Edition to go with these guys. 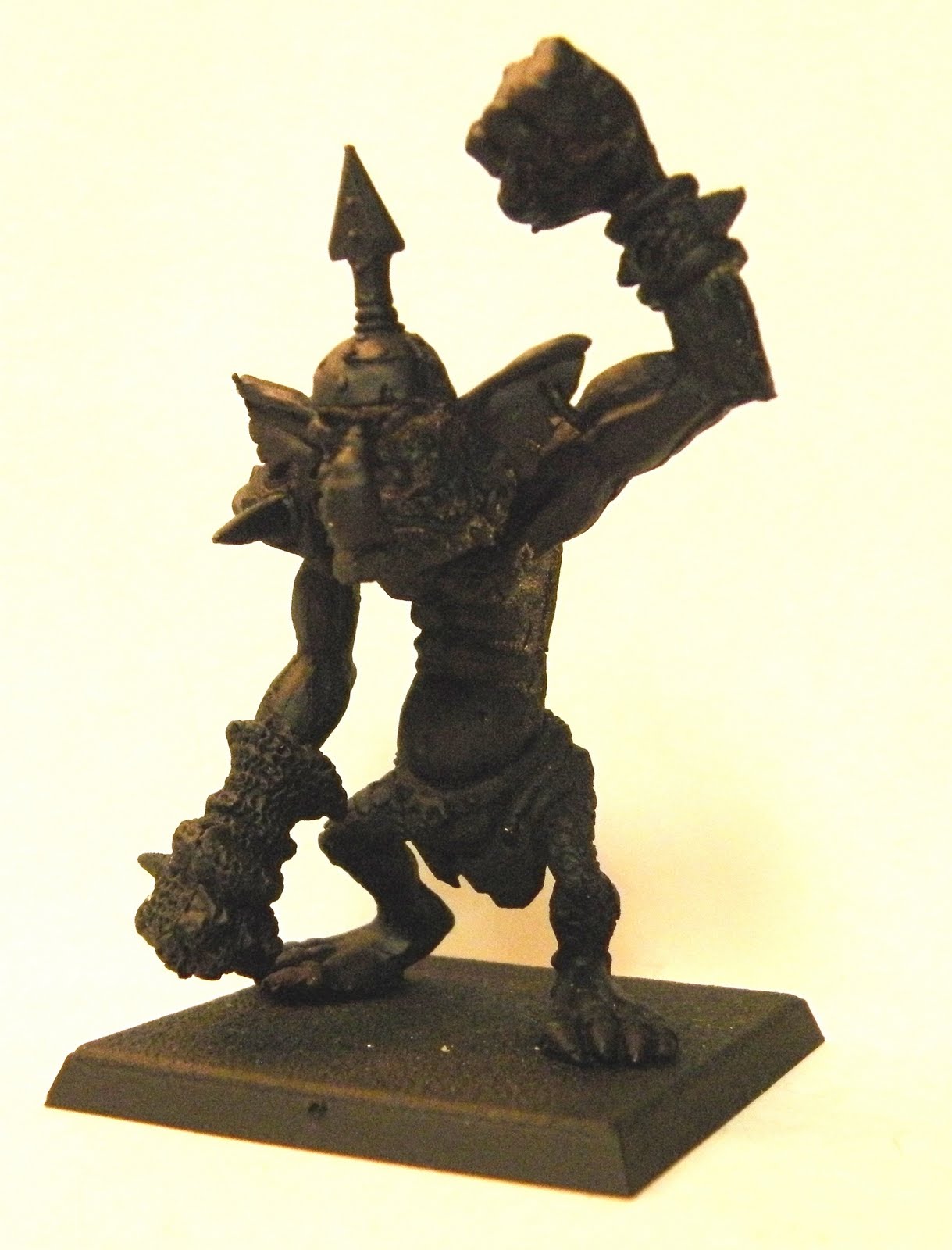 There is also the goblin in the middle which came in the Orge Thrower and Ogre Team Boxes. 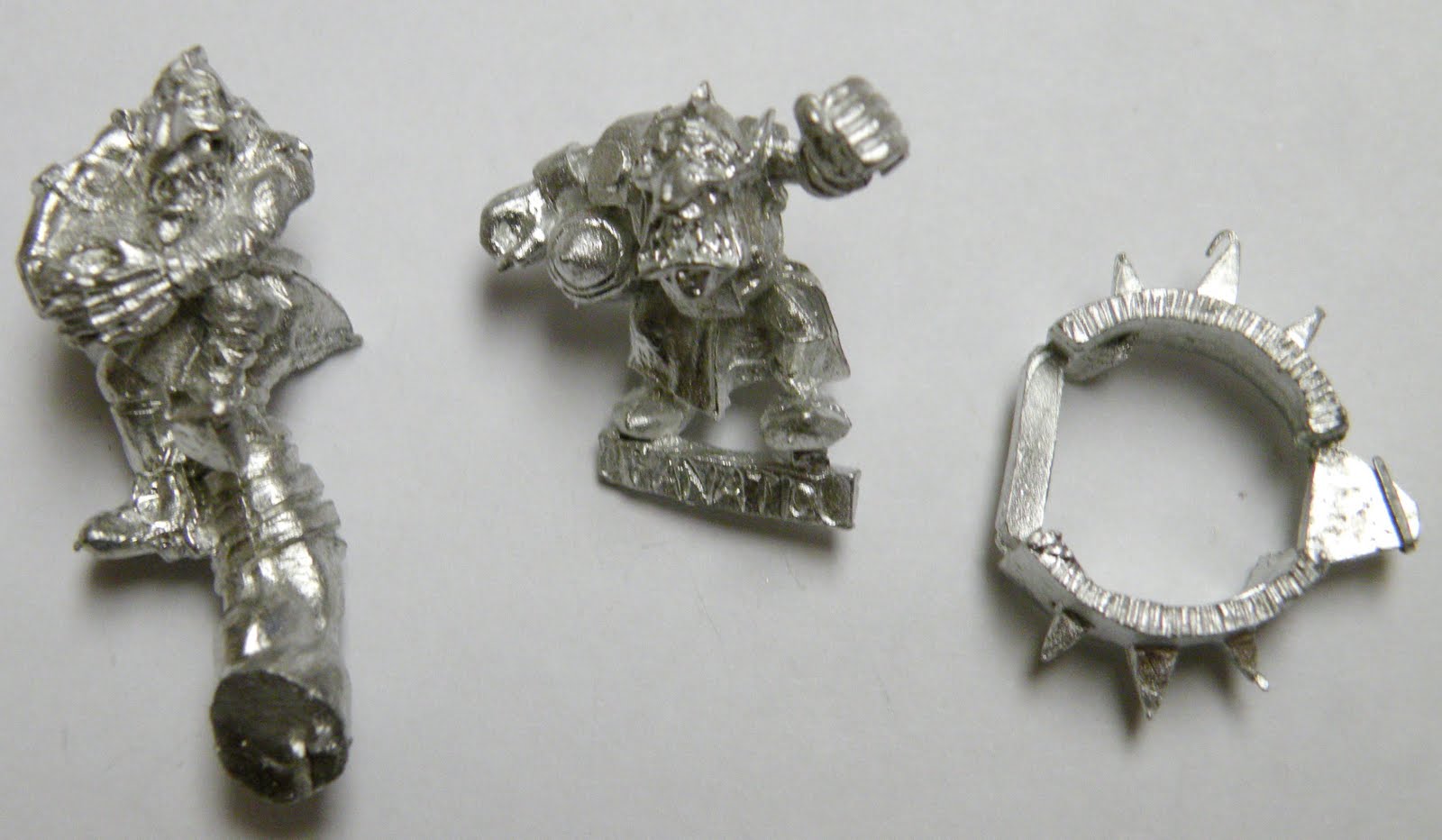 There is also the goblin in the middle which came in the Orge Thrower and Ogre Team Boxes.

Lots more Blood Bowl miniatures to look at linked in my Blood Bowl Collection Page.
Posted by eriochrome at 10:49 AM