Lego Lord of the Rings: The Black Gate 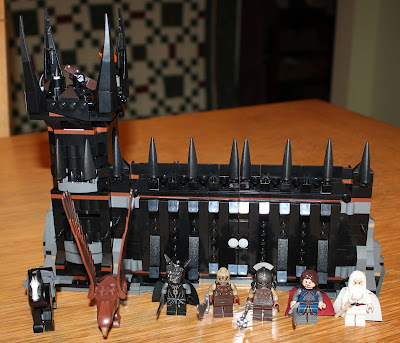 With the close of the Hobbit movies in 2014, the Lego Lord of the Rings line has also runs its course.  Lots of great stuff never got done but that is the way of things.  Today we look at the Black Gate set from Return of the King which was a middle priced set in the 60 dollar range if I remember correctly.  You get a wall and single tower along with 5 figures, eagle, and horse.

There are some nice figures here including the Mouth of Sauron, 2 Mordor Orcs, King Aragorn, and White Gandalf. 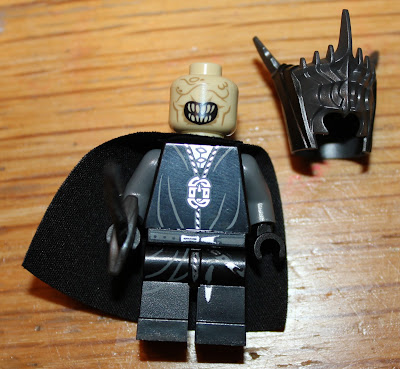 The mouth has a very interesting head with some details above the helmet but no eyes. 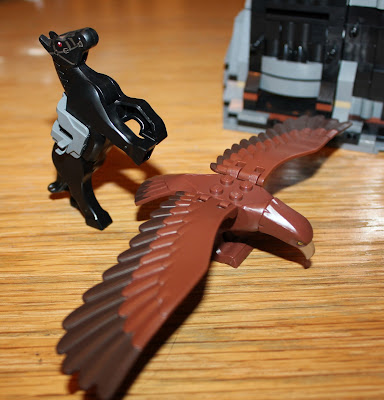 The evil horse with the newer legs and an eagle.  I think this was the first reasonably priced set with the 3 piece eagle figure.  In the Hobbit Attack of the Wargs set, I used a brick built eagle to add to the set since eagles were vital to that scene and I had none. 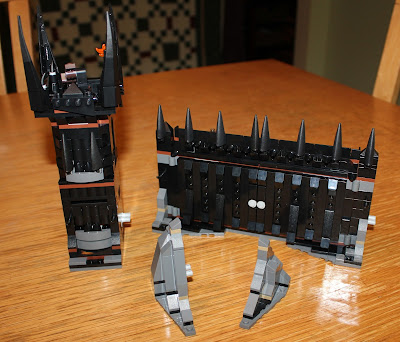 The wall can be separated into 4 parts as shown. 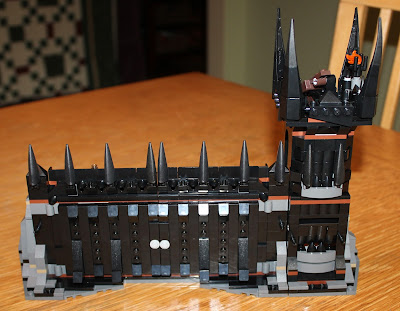 You can then trivially switch the side the tower was on.  Lego suggested buying 2 sets to make the wall look right but they were too expensive for that unless you got a deal.  To make that work right you might need to rebuild the doors such that you have 2 large ones instead of 4 little ones with 2 separate openings.  The spike pieces are interesting as they are soft tipped to avoid injuries I guess which seems strange now that lego is shipping hard tipped spring loaded shooters with everything. 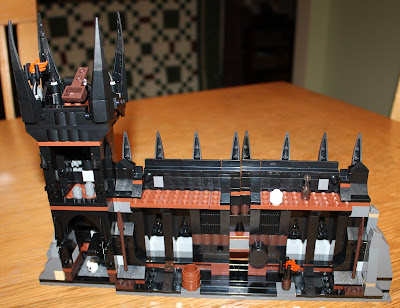 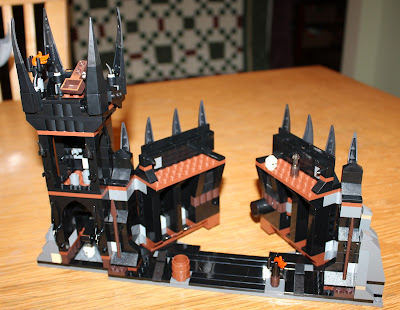 The door swings open in the middle.  Really not much to the set.  Most of the interest is in the mini figures and the black spikes.  Probably will get disassembled to build something different once my son gets free rain on the lego collection in a few years.  It would certainly make a fine addition with some modification to some evil keep.
Posted by eriochrome at 3:07 PM

Labels: Lego, Lord of the Rings