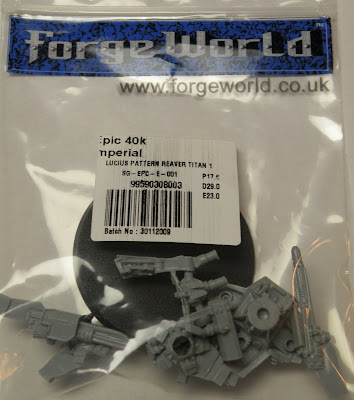 Got this is the mail from Forge World a little while ago. Epic scale Reaver Titan. I got this model since its Lucius style matches the Forge World warhounds better than the Mars Reaver GW sells even though I ike the GW better as it still looks exactly like the Reavers of old. 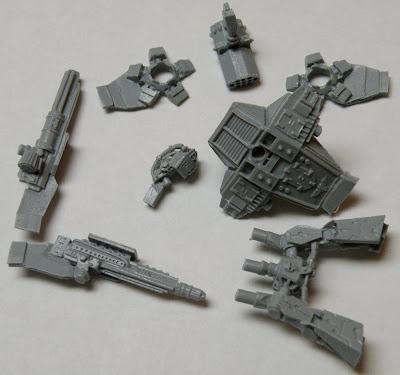 This kit cost the same as the 2 Warhound kit but I think that one is the better buy. They pieces in it just seemed better. This titan comes with a volcano cannon and gatling blaster which are the same main armemant on the current GW Warlord. I wonder of FW just molded those metals to get the weapons. 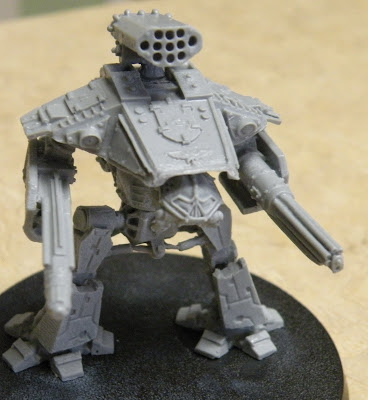 I think it looks better assembled than the picture on the website appears. 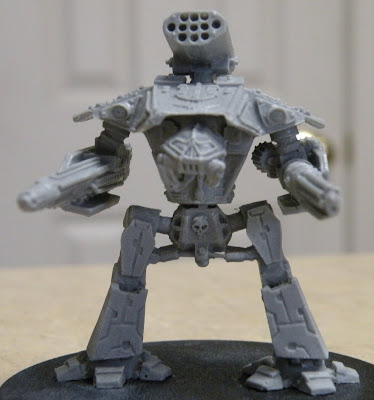 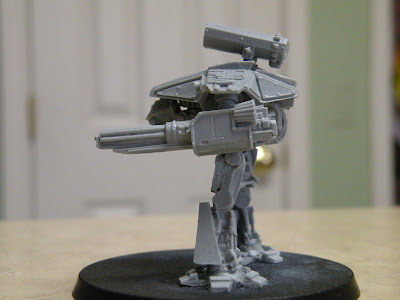 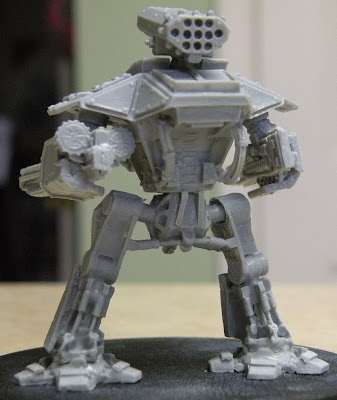 I had some problems getting the feet to sit properly so I will probably have to some clean up work down by the feet.
Posted by eriochrome at 7:39 AM