Dungeon Saga: Journey from the West 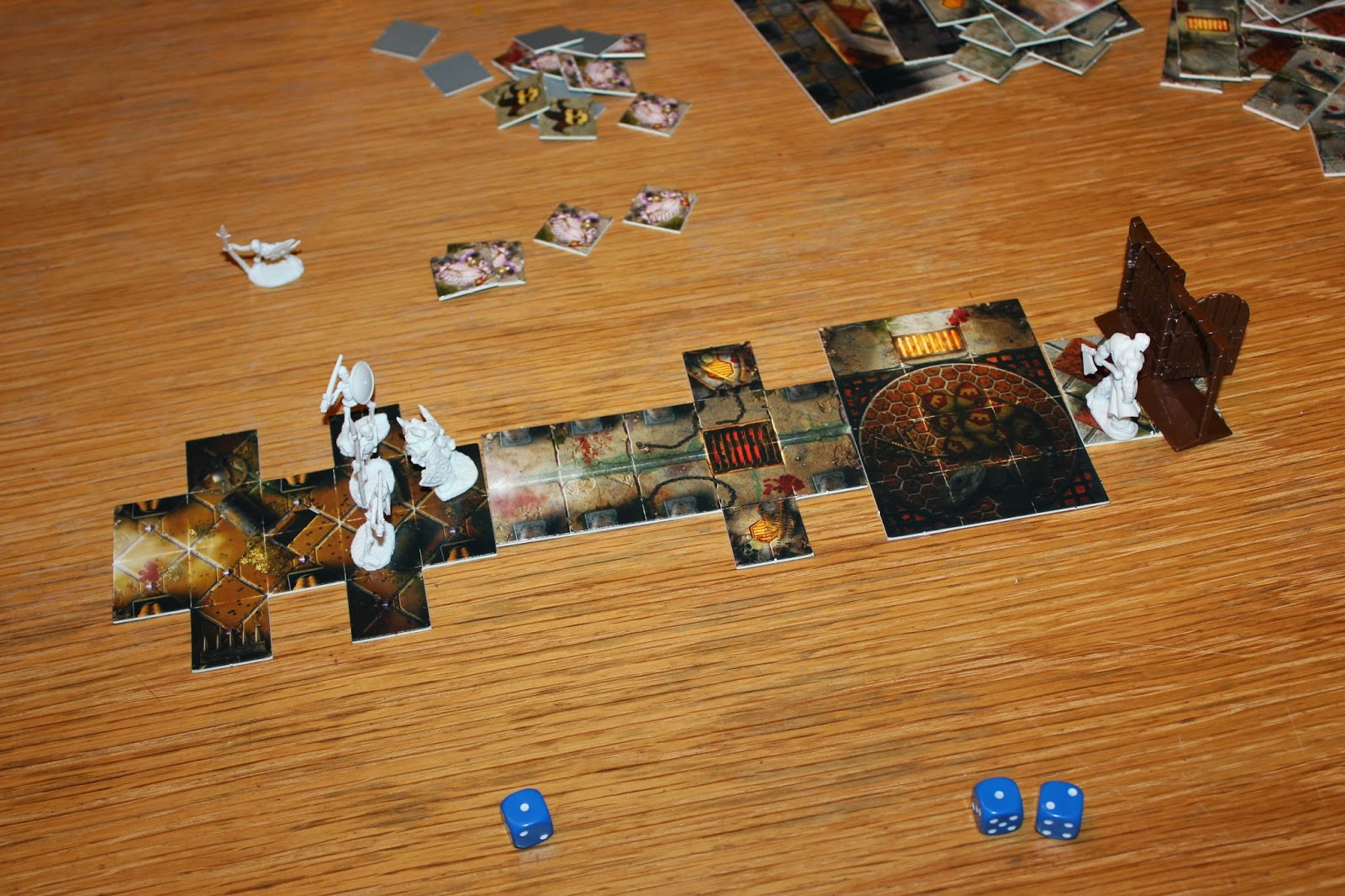 So Mantic posted the alpha rules(which are not currently linked on the front of the kickstarter) for the Dungeon Saga game along with 3 starter scenarios.  I recently picked up a couple of the older mantic boardgames at clearance prices from their site.  I also get an extra dungeon tile set which matches those needed for the demo scenarios.  I was able to get the minis for the first two scenarios from my Bones line and even whipped out my Dungeonbowl doors since the first two scenarios are about opening the doors to the dungeon.

The rules are pretty basic currently where the Heroes move then attack.  Each Hero has a heroic feat they can do once per scenario instead of moving and attacking.  Normally after the Heroes go the Necromancer can then do the same with a certain number of models.  He also has some cards which he can spend to interrupt the heroes turns or use extra models or convert piles of bones to new Skeletons.

Models have facings but restrictions on movement make it hard to flank opponents in the narrow hallways.  From this first mission it almost feels more tactical to be the necromancer since you have way more real choices to make.  For the heroes the actions seem pretty straight forward with decisions mainly based on stopping easy access to your flank and not getting too outnumbered.  Seems like even the basic game needs just a little more for these two close combat oriented heroes.  They are the most basic as the Ranger has both close combat and ranged attacks while the wizard has small selection of spells.  I am not sure exactly what else they could do but something will come to mind.  Maybe giving each character two feats but they can only use one during the scenario.

The Heroes won the first meeting with the Dwarf doing rear guard action with the faster Barbarian fought through the guys infront to get to the dwarf to smash it open. 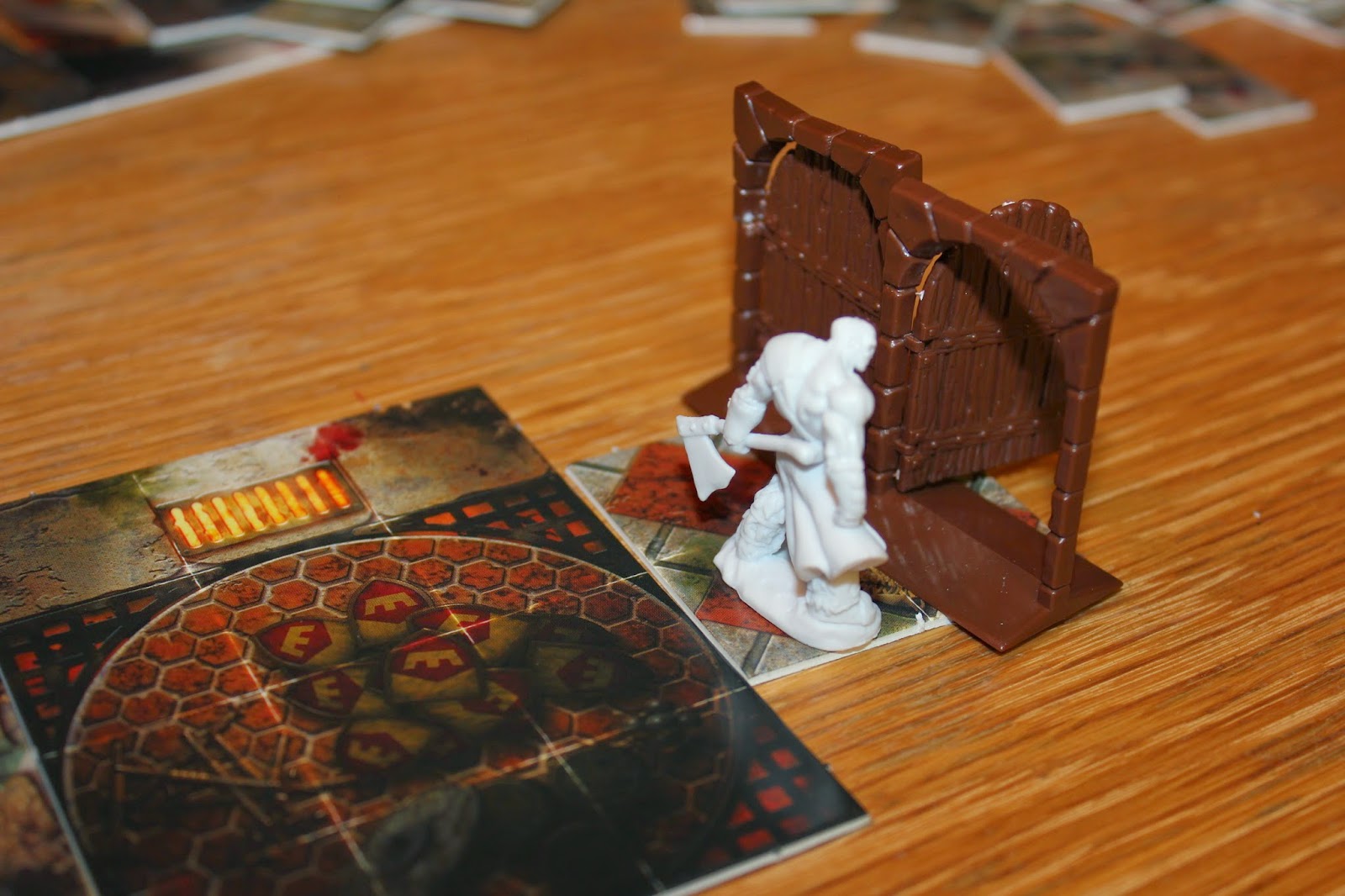 The Necromancer did manage to put two wounds on the Barbarian and 1 on the dwarf but that is not quite half way to getting either of them down.  The mission is supposed to be lopsided and it did seem that way.

Now the card stock for the Dwarf Kings Hold games is pretty thin (less than 1/16th of an inch) and not interlocking which gives lots of configuration options for a small number of tiles but makes it pretty shifty.   I believe that the new tiles are supposed to be thicker but they have been very vague.  Stray dice or cats appear very dangerous to the game.  The combat mechanic also requires two different dice colors or considerable separation between the rollers.  I would almost think that themed dice towers would be a great addition to the game as they keep the dice seperate and away from the tiles but they would probably add those as Add-Ons.
Posted by eriochrome at 12:41 AM