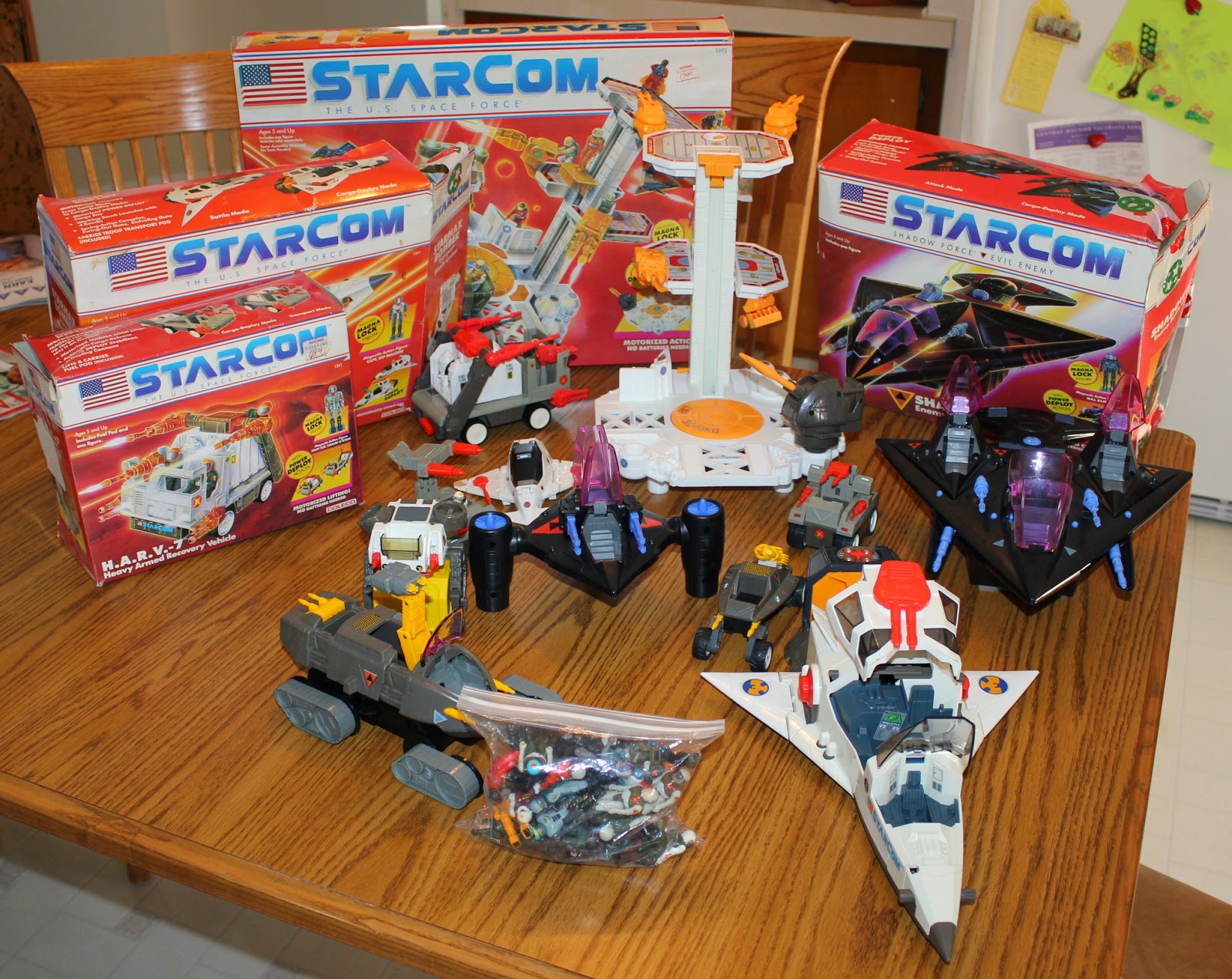 A fellow blogger out there was recently discussing some toys he had picked up to resell.  They were He-Man, MASK, and GI Joe stuff and I commented that my mom had sold off all of those type of things are garage sales and such.  You cannot keep everything as I am now finding as a home owner with kids growing through various things.  I mentioned that she did keep our Star Wars, Transformers, and StarCom toys along with some other assorted things.  Now Tom is actually currently trying to find a Starmax Bomber and while this stuff is not for sale, I was at my Mom's this weekend so grabbed a few quick pictures between doing other things. 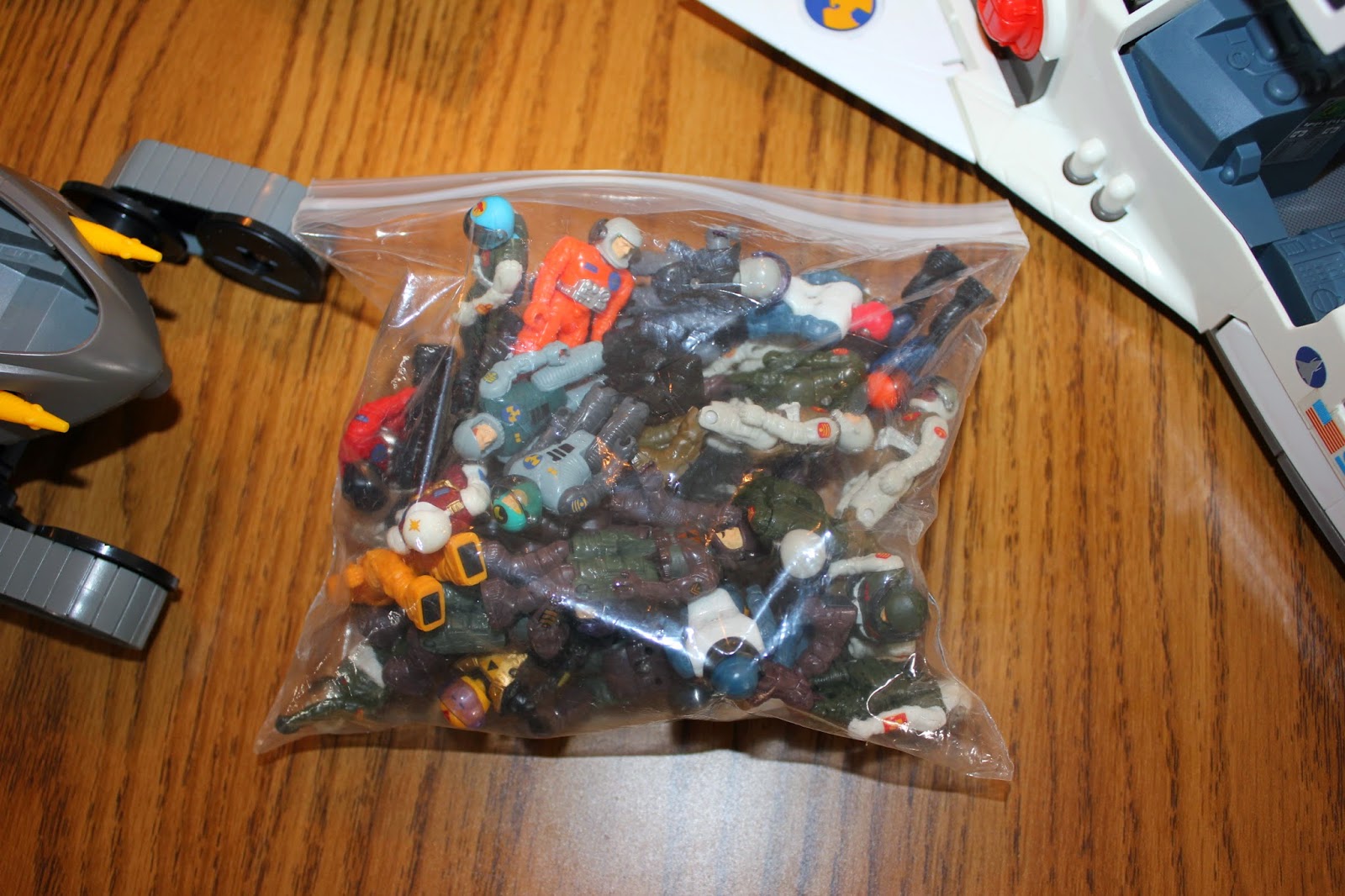 Here is the pile of figures stored in plastic bag.  Lots of guys there and not enough time to look at what they all are in there. 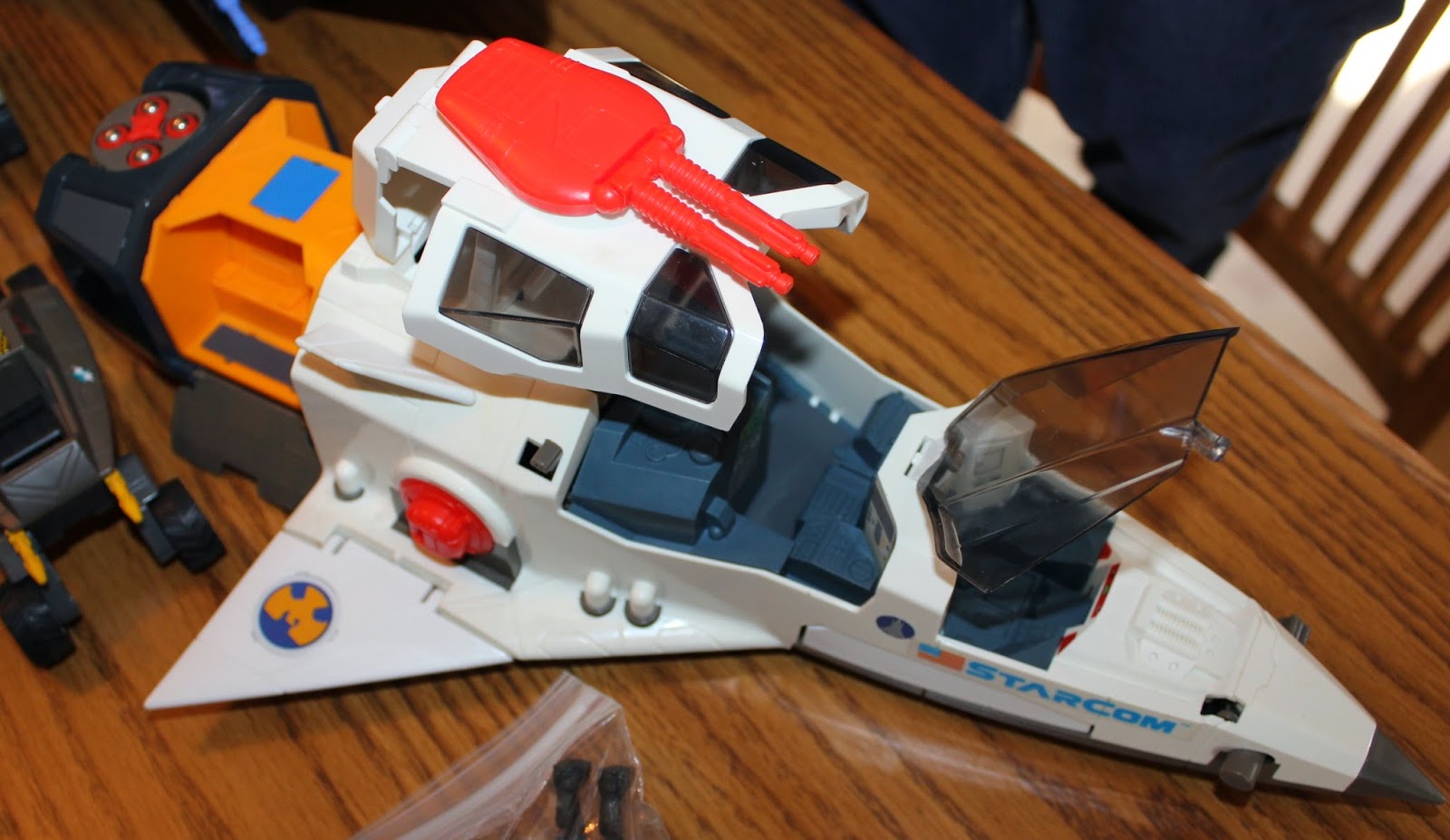 The Starmax Bomber which has literally some laser cannon damage where the upper turret and side guns are all broken. The orange crew area in the back can be swapped out for other things like small tanks, storage containers, or a small fighter.  The orange bombs in the back could be dropped by turning the holder. 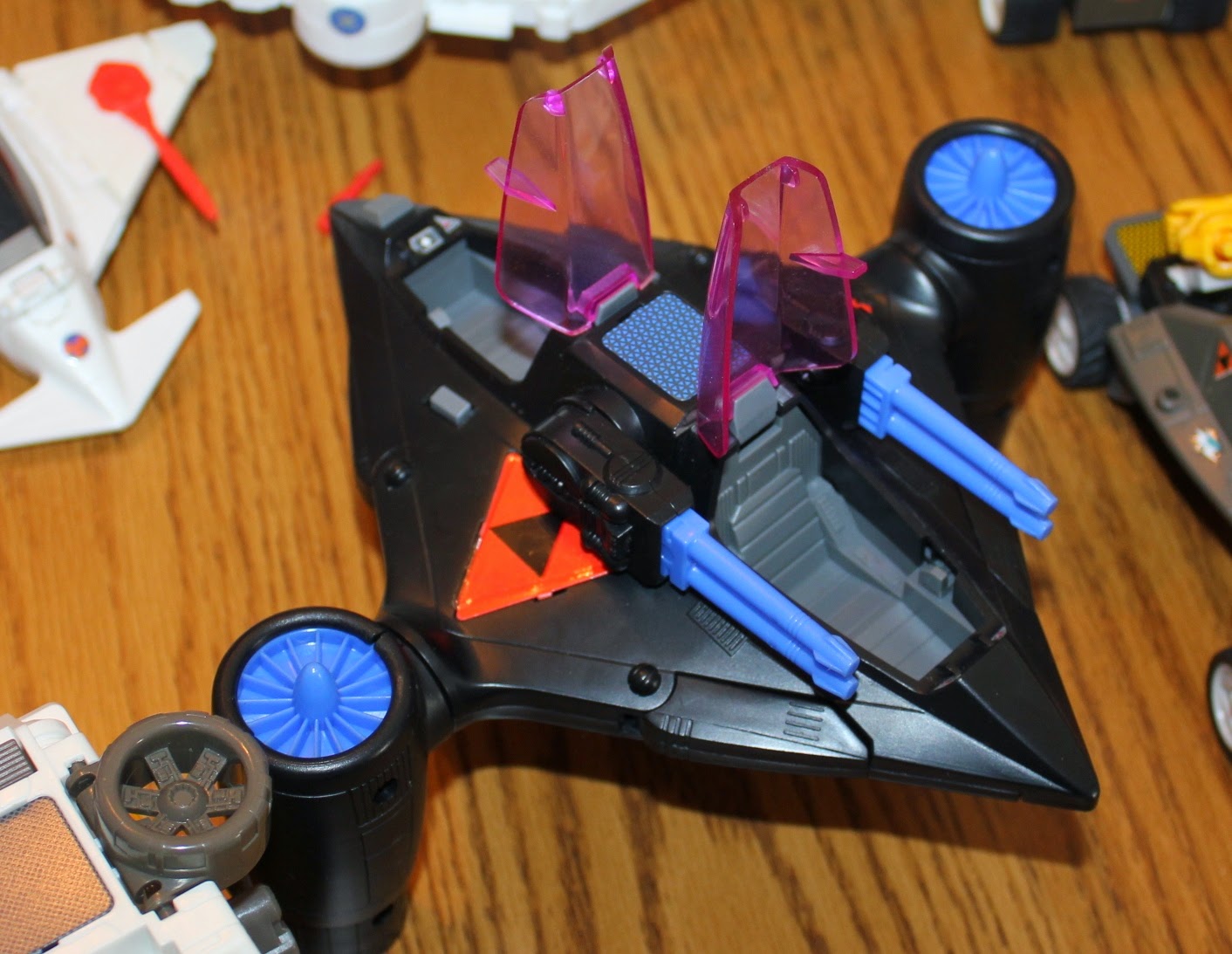 This is the Shadow Vampire which was my favorite of these toys.   One button on the back turns the jets to flight position and another makes the cannons go back and forth. 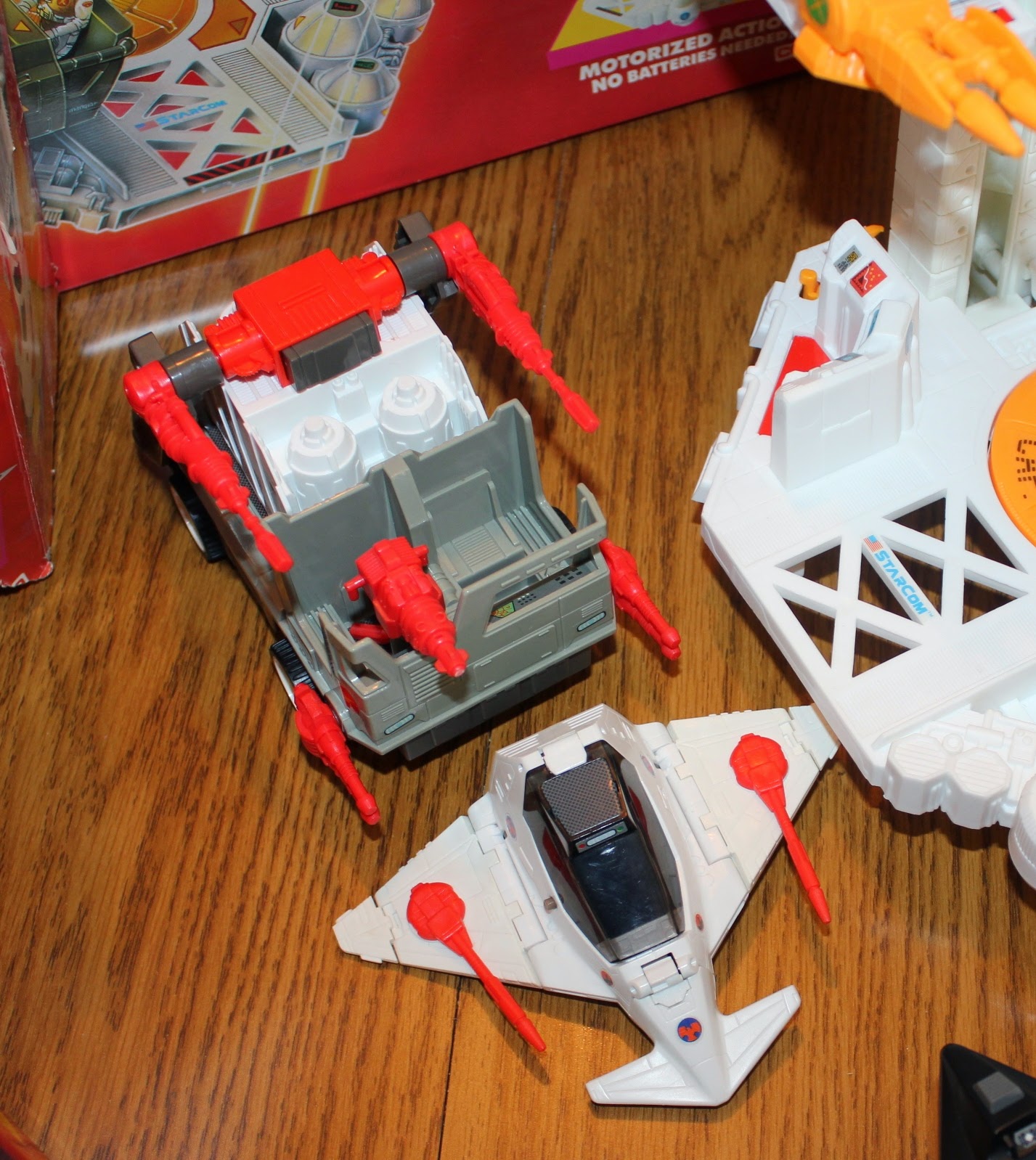 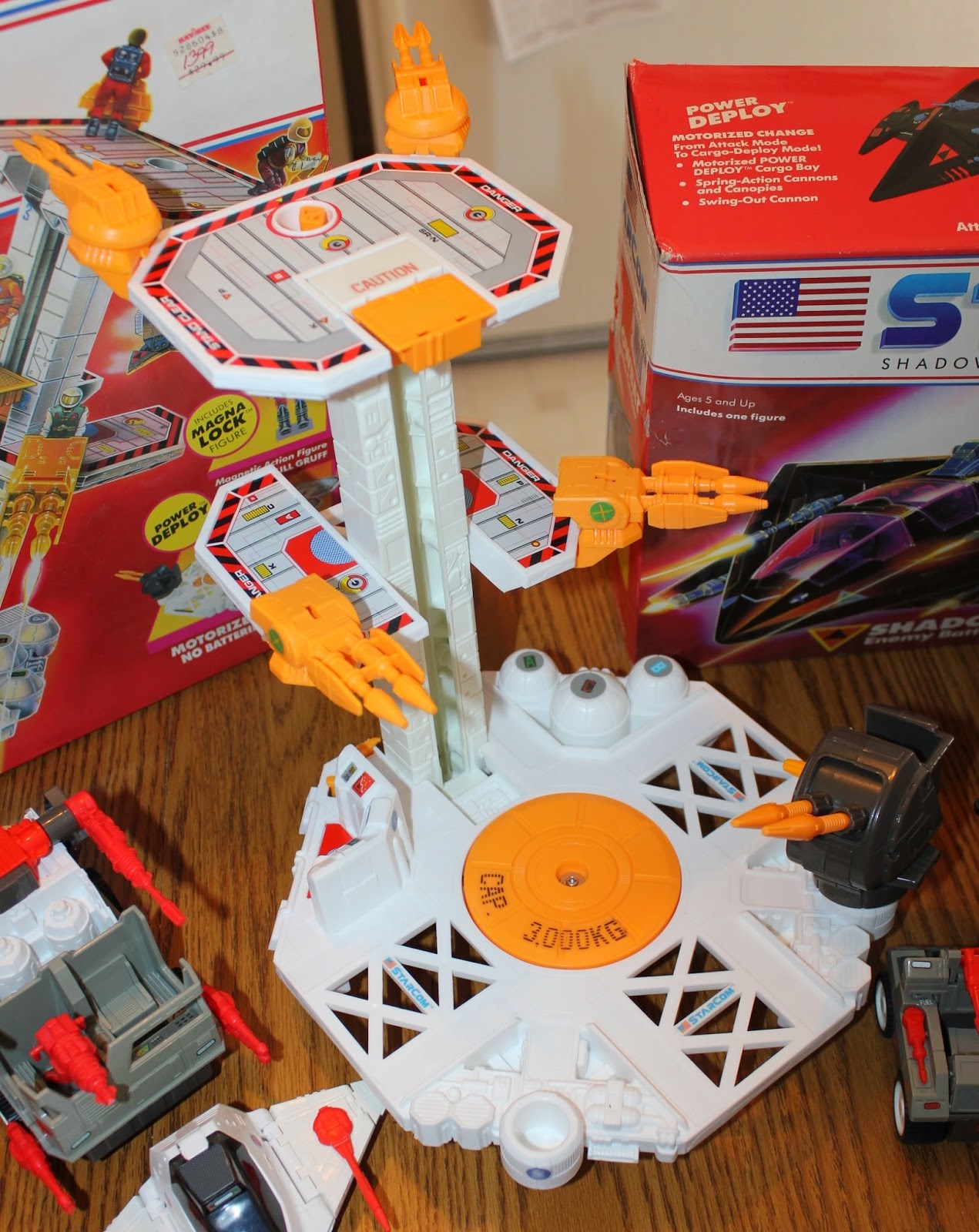 Starbase Station with elevator.  I can see on the price tag on the box that we got this on clearence at like 14 dollars back in the day. 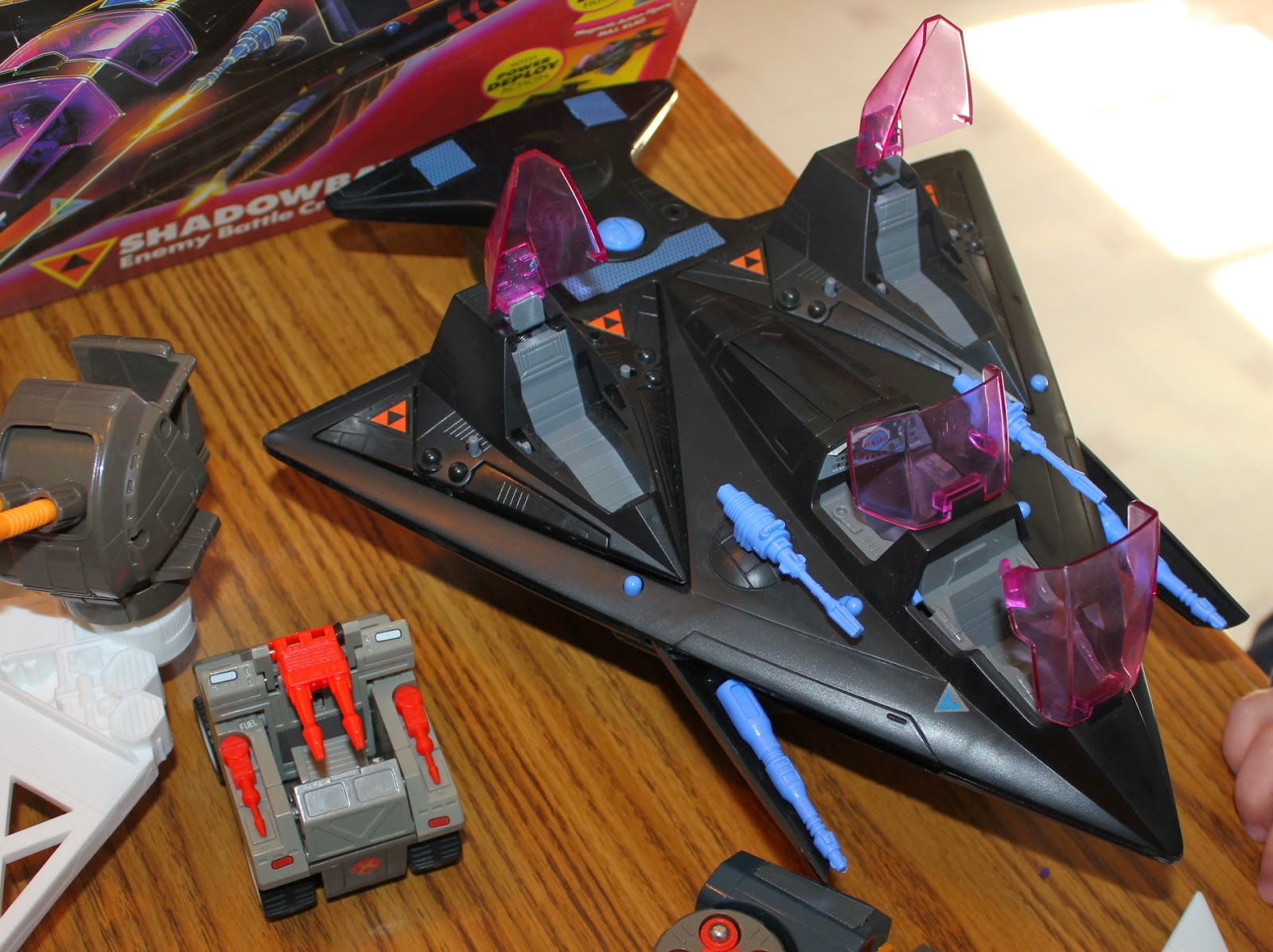 Here we have the big fighter for the bad guys the Shadow Bat.  It has two of the Shadow Parasite mini fighters mounted.  The LASER Rat mini tank is on the left side. 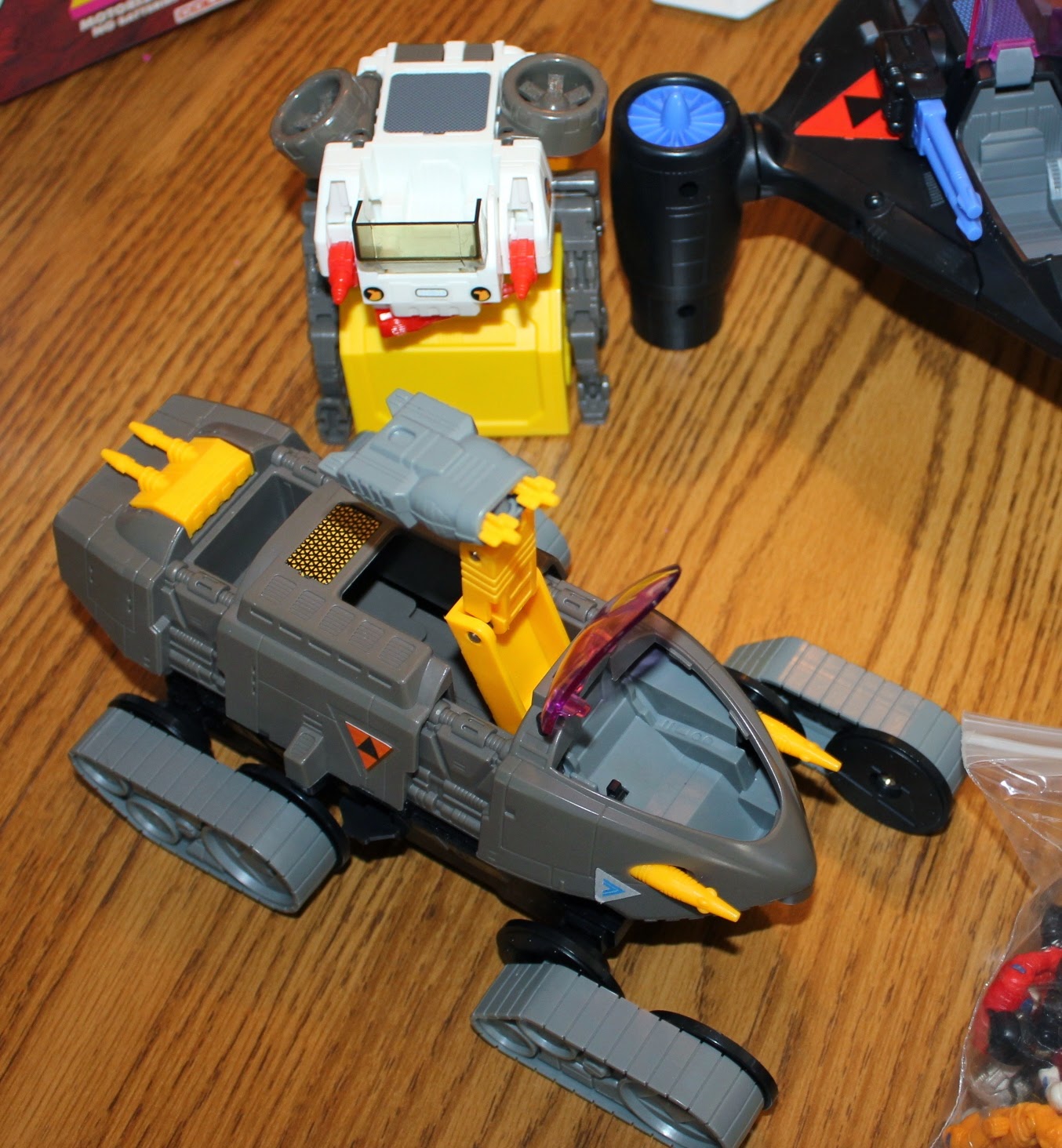 Here we have a Battle Crane which is carrying a storage container loaded with weapons for the bagged troopers.  The Shadow Raider is in the foreground.

I have not looked at these toys in a while and what surprised me was how small they seemed.  These came out in 1986-1987 so I was in the about 9.  I remember thinking the Bomber was huge but it seemed so small now.  They are in fair shape for being almost 30 years old.  Much better condition than the Star Wars and Transformer toys which we probably started with a few years earlier so maybe we did not take as good care of them.

These toys stayed at my moms house.  I could probably find room for them here but my 3 year would then want to play with them and they would not survive that.
Posted by eriochrome at 10:53 PM