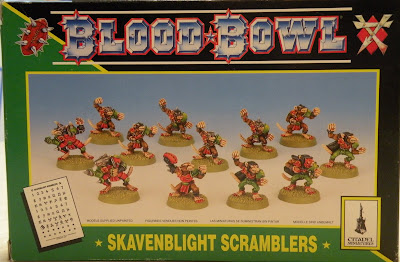 Here we see the box for the 3rd edition Blood Bowl Skaven Team. These teams were actually one of the reasons that I moved away from GW games in the early 90's. I used to get 16 player teams for like 18 dollars but these 12 player teams came out at a higher price which was a real turn off for me.

12 rat team out of the box. Just like all my other teams unpainted. I have a 2nd edition skaven team also so if I was going to paint this team up I would probably use it as an underworld team. 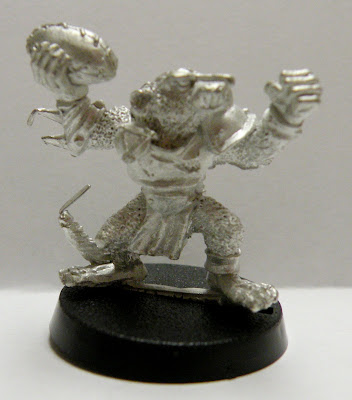 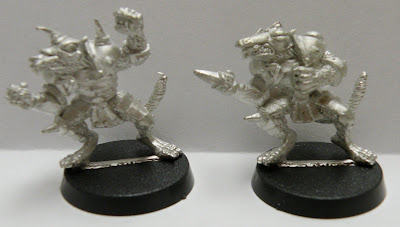 You also get 2 Storm Vermin or Blitzers.

They have 2 gutter runner models but you get 3 of the 4 you want for your full team. 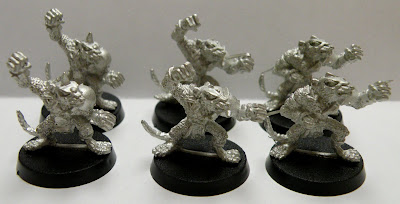 and finally 3 different linerats that you get 2 of each. 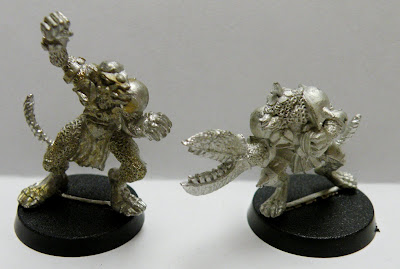 Now skaven also have access to mutations on a double so Games Workshop made some mutants. Here we see long legs and claw mutants. 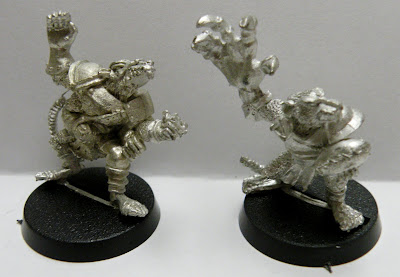 Extra Arm and Big Hand. Ofcourse the skaven in the underworld team have better access to mutations. GW sells the mutant in pairs as a booster pack which is good since Blood Bowl is generally not a WYSIWYG type of game so you can use the mutants to fill in your extra positionals. I would probably go with the long leg and big hand as they make reasonable runner and thrower. Add in your big guy rat orge and you will be at a good league size of 15. 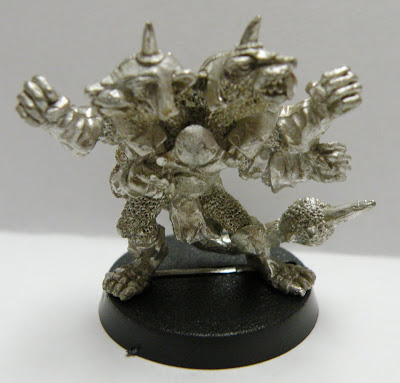 Front and Back of the Star Player, Hakflem Skuttlespike who has both extra arms and two heads so you know he enjoys his warpstone snacks during halftime. 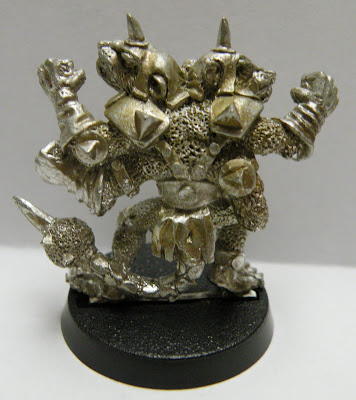 Posted by eriochrome at 8:44 AM